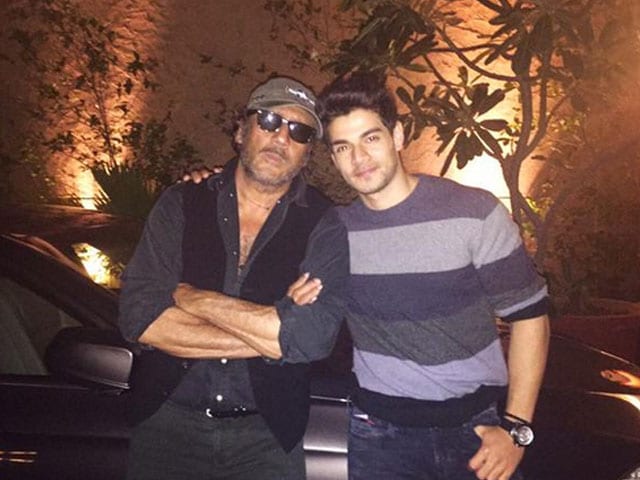 This image was posted on Twitter by Sooraj Pancholi.

Mumbai: Bollywood actor Sooraj Pancholi said that Jackie Shroff refused to watch a special screening of his film Hero as he wanted to watch the film in a theatre by "spending his money".

Hero is a remake of Subhash Ghai's 1983 film of the same name which featured Mr Shroff. Produced by Salman Khan, the remake has been directed by Nikhil Advani and marks the debut of Sooraj and Athiya Shetty in Bollywood.

"I told Jackie sir, 'why aren't you coming inside for the screening'. He said, 'bachcha, I've come only to give you blessings. I'll watch the film in the theatre by spending my money'," said Sooraj.

"Jackie uncle had come during the screening to give his blessings which is a big matter for us. I also felt really good that his picture with Sooraj recently came on Twitter, which is a special moment," said Athiya.

In an interview, Mr Shroff said: "It felt really good to know about it. Both of them (Sooraj and Athiya) are close to me and are my friends' children. It's been 30 years since I did Hero. Today, the new kids have a fresh attitude and new pride in them. I'm happy that I got to watch something like this and enjoy."

"Jackie sir said, 'I've seen your trailer and I liked it, but you guys nowadays get scared quickly. So don't be afraid, you've made one Hero but there are 15 more Heroes to be made. Be fearless and confident'," added Sooraj.(Also Read: Sooraj Pancholi: Have to Become an Actor Before Superstar)