Jackie Shroff penned a note on how he always wanted to ask Amitabh Bachchan for his autograph but never got to it. 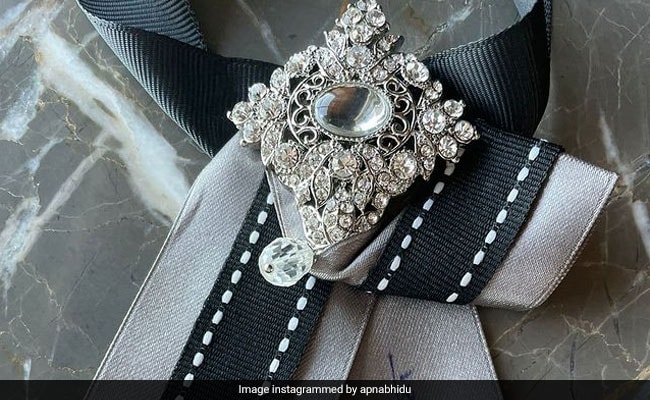 Sharing a photo of the necktie, Jackie Shroff said that he always wanted to ask for Amitabh Bachchan's autograph and that he would always hold it close to his heart.

In the note, Jackie Shroff wrote, “Amitabh Bachchan Sir, some years ago I wanted to get your autograph, but for some reason, it didn't happen. KBC pe mujhe ye mauka mila (I had the opportunity) and I couldn't resist asking for it. Thank you for being so gracious and affectionate and signing one of your beautiful neckties for me. I will cherish it forever.”

The picture revealed that Amitabh Bachchan had signed the necktie with the note, “To Jackie Bhidu. Love, Amitabh Bachchan.” He also mentioned the date September 18, 2021, and wrote KBC.  For the uninitiated, Bhidu is what Jackie Shroff is fondly called by fans and co-stars. In fact, Jackie Shroff's social media handle is Apna Bhidu which translates to “our buddy/pal”.

Suniel Shetty also shared an image with Amitabh Bachchan from the sets and wrote, “Wonderstruck as always at the knowledge and discipline one can imbibe from the legend, the mighty Mr Bachchan. After that, you always walk away a crorepati. Thank you for the moments Amit Ji.”

Sagarika Ghatge Wished Husband Zaheer Khan On Anniversary Like This