Tiger and Krishna Shroff also commented on their father's post 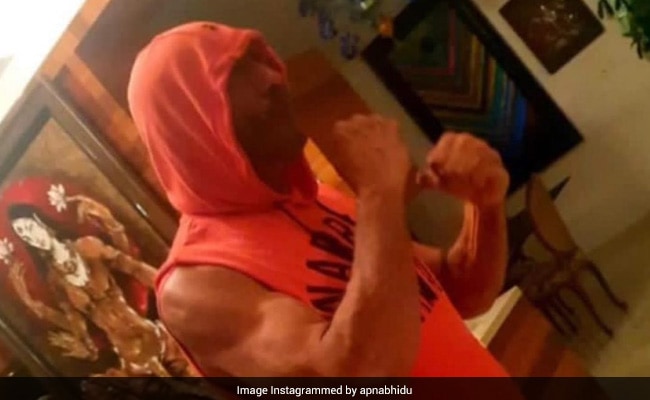 Bollywood veteran Jackie Shroff shared a picture of himself on his Instagram profile on Wednesday evening and it started trending big time. TBH, we are not surprised at all. In the picture, the actor, 64,  can be seen dressed in a hoodie as he intensely poses for the camera. The actor's Instafam was mighty impressed with his fitness level after seeing the picture. In the comments section on his post, Jackie Shroff's son and actor Tiger wrote: "Baap," adding a fire emoji. Jackie Shroff's daughter Krishna commented: "Absolutely killing it, daddy-o."

Without much ado, take a look at Jackie Shroff's post here:

Jackie Shroff married his long term girlfriend Ayesha in 1987. The actor is well-known for his films like Hero, Ram Lakhan, Rangeela, 1942: A Love Story, Mission Kashmir, to name a few. His wife Ayesha Shroff, former model and actress, is a film producer. The couple are parents to Tiger and Krishna Shroff - both of them are fitness enthusiasts. Tiger stepped into Bollywood with the 2014 film Heropanti, opposite Kriti Sanon. Krishna Shroff owns an MMA training centre named MMA Matrix.