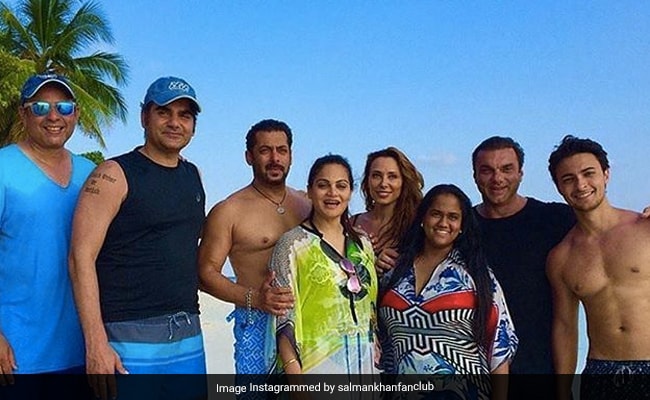 Iulia Vantur is trending again. This time, not for Salman Khan crashing her work-from-home video call but for her one-word response to a query from a fan. Iulia Vantur and Salman Khan are reportedly dating - they have been staying together at the actor's Panvel farmhouse from before the lockdown was imposed. Iulia, who interacts with her Instafam with Q & A sessions on Instagram, was recently asked about naming her favourite one amongst the three Khan brothers - Salman, Arbaaz and Sohail. Iulia Vantur's answer was simple and to the point - "Khan", she wrote in response and the Internet just can't stop talking about how smartly she dealt with the query. 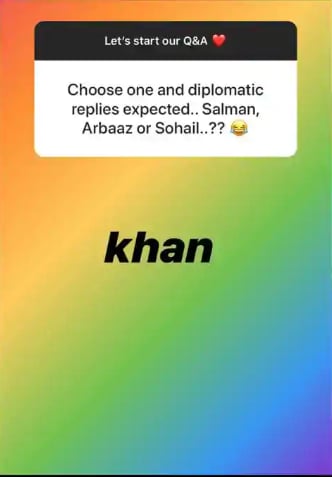 In April, Iulia and Salman topped the trends' list for a viral video, in which Salman could be seen goofily walking into Iulia Vantur's frame during a live session and then exiting after prompted by Iulia, who then face-palms moments later.

Iulia Vantur has always been part of the Khans' family gatherings, social events and even the Khandaan's family vacations - she joined them on a trip to Maldives in 2017. However, Salman and Iulia carefully avoid being spotted together in social media posts, events and parties. In December last year, Iulia was Salman Khan's plus one at the star-studded screening of his film Dabangg 3, ahead of which she was part of Arpita Khan Sharma and Aayush Sharma's anniversary celebrations. Pictures of Iulia and Salman at his ex-girlfriend Sangeeta Bijlani's birthday party sent the Internet into a tizzy earlier.