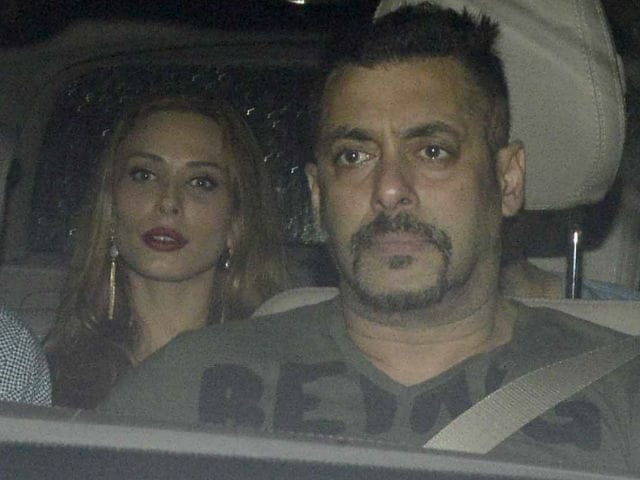 New Delhi: Romanian television personality Iulia Vantur's statement, in which she said, "We're friends. Friends means friends, not love," when asked about her equation with Bollywood superstar Salman Khan, created quite a stir. But on her verified Instagram account, Iulia was singing in a different tune.

When asked by a fan, "Why not admitting to love. You are in his country for so long?" Iulia replied, "When the press doesn't have new subjects they take very old interviews, just to have titles. Copy- paste era."

Here's a screenshot of the conversation:

This may not give any clear idea about Salman and Iulia's relationship status, but surely hints to the fact that she has not "friend-zoned" the 50-year-old actor.

Promoted
Listen to the latest songs, only on JioSaavn.com
Iulia's 'Just friends' quote seems to be from this 2013 interview to Romanian tabloid Libertatea.

Salman Khan and Iulia Vantur were spotted at various events together, the recent one being Raksha Bandhan celebrations with the Khandaan. Iulia even escorted Salman when he went to meet His Holiness, the Dalia Lama.