It's A Date With A Suitable Boy - October 23 On Netflix

A Suitable Boy is Mira Nair's adaptation of Vikram Seth's novel of the same name and promises an intriguing story of love, passion and conflicting social expectations 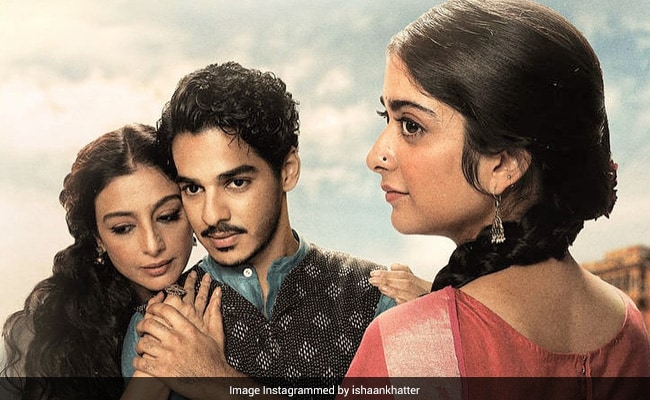 Ishaan, Tabu and Tanya Maniktala in a poster of A Suitable Boy (courtesy ishaankhatter)

Finally. The much awaited release date of Mira Nair's A Suitable Boy is here. On Friday, the cast of A Suitable Boy, in separate announcement posts, revealed that the limited series will premiere on Netflix on October 23, which is just a few weeks from now. How exciting is that? Ishaan Khatter, who is part of the show's primary cast, wrote: "Alright guys... here it is. For all those of you that have been asking. A Suitable Boy on Netflix from October 23 onwards." Tabu, who plays Ishaan's love interest in the series, added: "To live freely, one must love freely." Actress Tanya Maniktala, who co-stars with Tabu and Ishaan in the show, wrote: "And it's all happening."

Alright guys.. here it is. For all those of you that have been asking 🙌🏽 #ASuitableBoy on @netflix_in from the 23rd of October 🦚 In English and Hindi.

A Suitable Boy is Mira Nair's adaptation of Vikram Seth's novel of the same name and promises an intriguing story of love, passion and conflicting social expectations. The series is spun around a young woman's search for the love of her life and her mother's hunt for "a suitable boy" for her daughter. A Suitable Boy also stars prominent actors such as Ram Kapoor, Vinay Pathak, Vijay Varma, Vijay Raaz, Shahana Goswami, Ranvir Shorey, Rasika Dugal and Randeep Hooda, among others.

Directed by Mira Nair and written by Andrew Davies, A Suitable Boy has already premiered on BBC in July. In an interview to NDTV, Ms Nair was asked if she thinks that the social scenario has changed for women since the 1950s, the era in which the film is set, and she said: "In a way, women have led in India much more than in the west. There is a much greater democratization for women today in several spheres. But I think patriarchy and violence, and the subjugation that goes with them, are very abject. Though women are in leadership positions, the core patriarchal values persist."