It is Amit Sadh's 'Dream' to Work With Anurag Kashyap 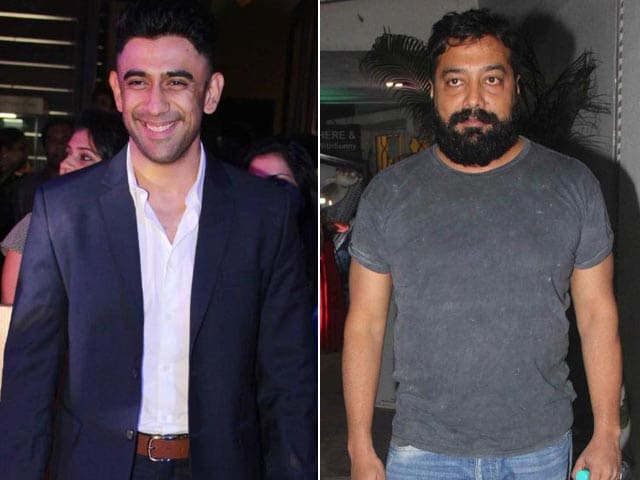 Mumbai: Actor Amit Sadh, who will soon be seen with Anurag Kashyap in Akira, wants to star in a movie directed by the filmmaker.

"Anurag is amazing in the film. He is a great director and actor. Unfortunately, I don't have any scene with him but I hope I get a scene with him when he is directing. I am more interested in that. It is one of my dreams to work with him," Amit told PTI in an interview.

"Unfortunately it has not come true till now. I keep telling him you are giving work to everyone but me. I hope one day he will have something for me," added Amit.

Amit is currently filming Saat Kadam, where he will play the role of a football player.

Amit said that it was a challenge for him to get the physique of a football player because he had signed the film when he was fat.

"Footballers are very edgy and stout. So, I had to physically transform myself and train to get into the right shape so as to not look fake. I had to work very hard. It was very challenging because when I signed the film I was fat. I had just finished Yaara in which I weigh 90 kgs. So, I had to lose the fat and get abs," added Amit.

Saat Kadam, scheduled to release this year, chronicles the generation gap and the relationship between a father and a son. Directed by Mohit Kumar Jha, the film also stars Ronit Roy and Deeksha Seth.

Amit said that football is steadily growing in India and even the industry is more willing to do films on different subjects, including films on sports.

"In the last two or three years, football is rising in India. With the advertisements, sponsorship, and international attention, it is growing now. The thing about this film is that it is not just about football but about a family which is connected emotionally to the sport," said Amit.

"In the past, we have had Mary Kom, Bhaag Milkha Bhaag, and now, the MS Dhoni biopic. As an industry too, we are rising and pushing new subjects, including those which tackle with sports," added Amit.