Is That Sunny Leone? Yes, Like You Have 'Never Seen Before'

Sunny Leone recently posted two pictures of herself on social media, where she is in the process of putting on prosthetics for her upcoming 'amazing project' 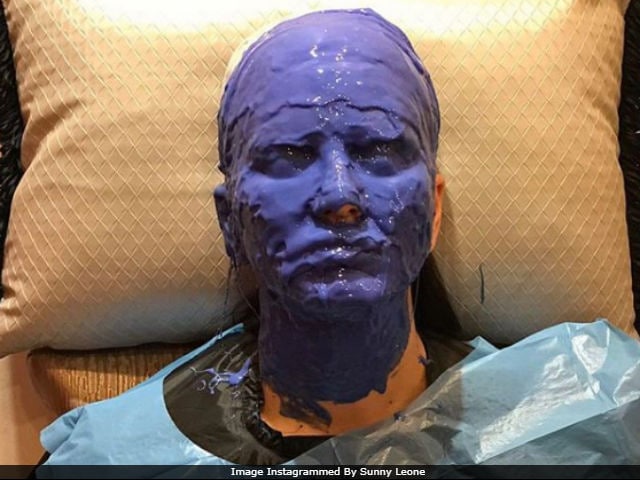 "Something like you have never seen before," Sunny Leone wrote (Image courtesy: sunnyleone)

New Delhi: Sunny Leone is coming up with something really interesting for her next project. Yes, she is. The 36-year-old actress recently posted two pictures of herself on social media, where she is in the process of putting on prosthetics for her upcoming 'amazing project.' (She is literally unrecognisable). "Something like you have never seen before - prosthetics for my next amazing project," Sunny captioned one of her posts. The pictures have got over 95,000 likes on Instagram and the feed is flooded with comments like - 'Is it like really you?' 'Eagerly waiting.' Well, Sunny Leone is yet to unveil the details about her next project but the pictures have really made us eager to know more about it. Till then, here's what she shared.

Trying to find my inner zen!!!

Sunny Leone is currently awaiting the release of Tera Intezaar, her forthcoming film with Arbaaz Khan. The Raajeev Walia-directed film is expected to release in November this year. Of Sunny's role in Tera Interzaar, Mr Wali earlier told news agency IANS, "The film will show Sunny Leone from a very different perspective and angle. You will see Sunny like you have never seen before. She has delivered her best performance and has put her heart and soul in the character." (Sunny Leone, is this get up for Tera Intezaar?)

Promoted
Listen to the latest songs, only on JioSaavn.com
The actress is married to Daniel Weber for over six years now and the couple together adopted a baby girl Nisha some months ago.

Sunny Leone last featured in a special dance sequence in Ajay Devgn and Emraan Hashmi's Baadshaho. She currently co-hosts reality show Splitsvilla 10 and has also filmed a song for Sanjay Dutt's Bhoomi, which releases this Friday.