Is Saif Ali Khan The Antagonist In Ajay Devgn's Tanaaji? 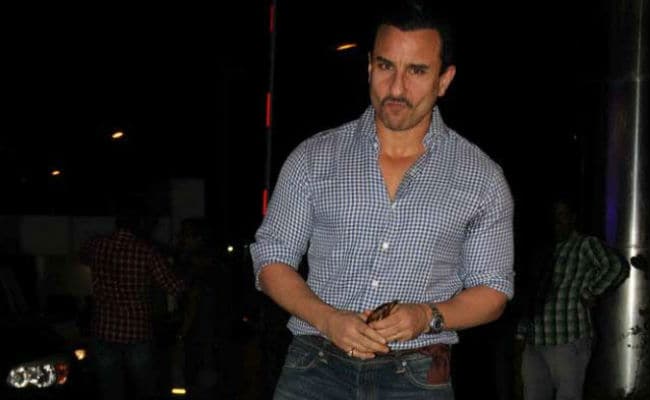 Saif Ali Khan began trending on Friday as reports about the actor being considered for Ajay Devgn's new film Tanaaji surfaced on the Internet. According to DNA, the makers of Taanaji are in great favour of Saif Ali Khan playing the antagonist in the period piece. The character reportedly in consideration is of Mughal fort-keeper Udaybhan Rathod. "Saif Ali Khan tops the makers' list for the role of the antagonist, and apparently, they are in talks with him," states the DNA report. However, the same DNA report adds that Saif's spokesperson has denied such speculation. Meanwhile, Ajay Devgn will play the protagonist in Taanaji.

Saif Ali Khan and Ajay Devgn are co-stars of films such as LOC Kargil, Kachche Dhaage and Omkara, for which Saif won the Filmfare Award for Best Performance in a Negative role. If the reports are to be believed and Saif Ali Khan comes on board the project, Taanaji will mark his fourth collaboration with Ajay Devgn.

The first poster of which was shared last year. Taanaji remains a prominent figure in the pages of Maratha history not only for his association with Maratha ruler Chhatrapati Shivaji but also for winning the Battle of Sinhagad in 1670. It is said that Taanaji reportedly conquered the fort of Kondana but was killed battling Mughal fortkeeper Udaybhan Rathod.

In Bollywood, Saif Ali Khan was last seen in this year's Kaalakandi, which witnessed a cold response at the box office. However, Saif Ali Khan stunned audiences and critics alike with his portrayal of a stubborn cop in Netflix original Sacred Games, co-starring Nawazuddin Siddiqui.

Directed by Om Raut, Taanaji is scheduled to hit screens next year.