'Is It A Shirt?': Ashoke Pandit Slams Actress Who 'Ironed Out Differences' With Co-Star After #MeToo Allegation

"What does she mean by ironed out differences? Is this a shirt that you can iron?" said Ashoke Pandit 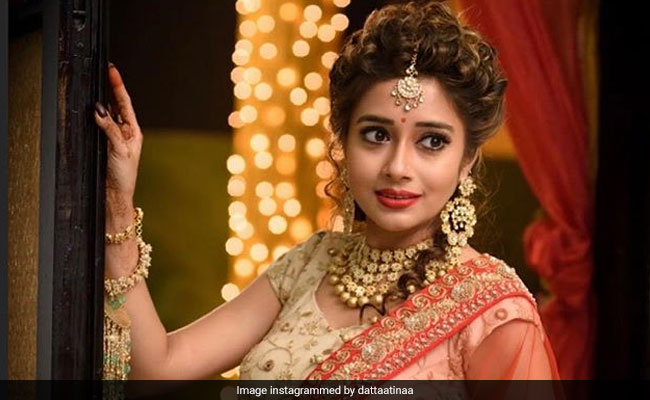 Filmmaker Ashoke Pandit, chief advisor of the Federation of Western India Cine Employees (FWICE), is livid over how actress Tinaa Duttaa created a #MeToo stir when she accused her co-star Mohit Malhotra of sexual harassment on the sets of their show Daayan and then retracted her accusation.

Earlier this week, Ms Dutta said she has "ironed out" her differences with her co-star.

"What does she mean by ironed out differences? Is this a shirt that you can iron? These were serious allegations of sexual misconduct. How can she just throw them around and withdraw them whenever she wants? Is this a joke?" asked Mr Pandit.

Ashoke Pandit feels an incident like this undermines the importance of the #MeToo movement.

"I'd say they are doing the movement a great disservice and should be punished for using the platform to settle personal scores. At least, that is what it seems like."

"You're working with a co-star for years and suddenly you have intimacy issues. His behaviour suddenly bothers you. And we as a film federation and as male members of the entertainment industry are deeply concerned."

"But when a few days later you withdraw your grave allegations, you belittle our efforts to bring justice to women who have been really wronged. Madam, this is not a joke. Neither is it a platform where you can come and go at your will."

Ashoke Pandit feels the #MeToo movement is being derailed by women who don't seem to care about following up with their allegations.

"We at FWICE are feeling increasingly helpless. Sajid Khan would have been back again at work if the women who had accused him had not come forward to speak when we summoned them."

"More and more women seem to be tweeting against alleged harassers and then disappearing after smearing reputed names."

"The actress who made the allegation did not turn up even once when she was called for investigation by the Federation, while Vipul made himself present every time we called him."

"What conclusion should we draw from this behaviour? Your tweet damages a person's reputation and then you don't want to follow up your allegations to its natural conclusion?

"We at the Federation who are fretting and fuming over the safety of women in the film industry end up looking foolish."

"Either have the courage to go all the way (with the allegations) or don't come forward at all. This kind of irresponsible behaviour is making men in the industry wary of working with women."