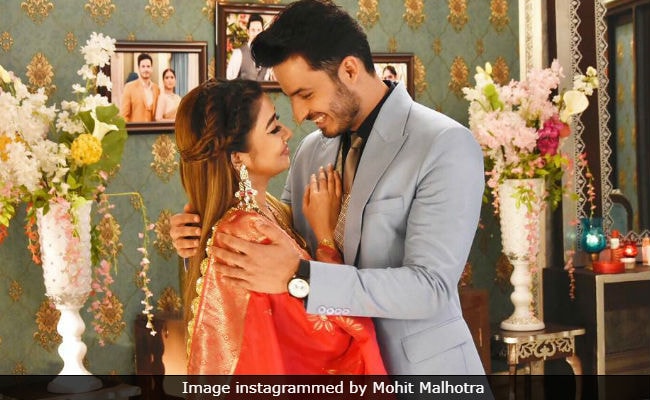 Tinaa Dattaa and Mohit Malhotra in a still from Daayan. (Image courtesy: Instagram)

Actress Tinaa Dattaa, who alleged that her Daayan co-star Mohit Malhotra touched her inappropriately during the shoot of their show, says they have now "ironed out the differences". "Mohit and I have ironed out the differences. We have concluded to make a new start. I don't have any issues working with him. Our onscreen chemistry works for the show and (we) shall maintain a professional environment for the betterment of the show," Tinaa, popular for the show Uttaran, said in a statement.

"I am happy that our audience has liked the show (Daayan) and I am sure this new start will be appreciated by all and will put a rest to any further speculation," she added.

Tinaa had earlier claimed that Mohit was warned by the makers to keep his behaviour in check.

The show Daayan, a supernatural drama series, is created by Ekta Kapoor under Balaji Telefilms.

Tinaa said the feedback to the show is "amazing" and that the association with Ekta is "great." "She is a creative producer and every work of her has something unique in it. Her shows are always amazing and it's great to associate with her," she added.