Irrfan Khan's Son Babil Wants To Explore His Own Qualities: "There Is A Lot Of Pressure"

Babil Khan to make his Bollywood debut with Qala 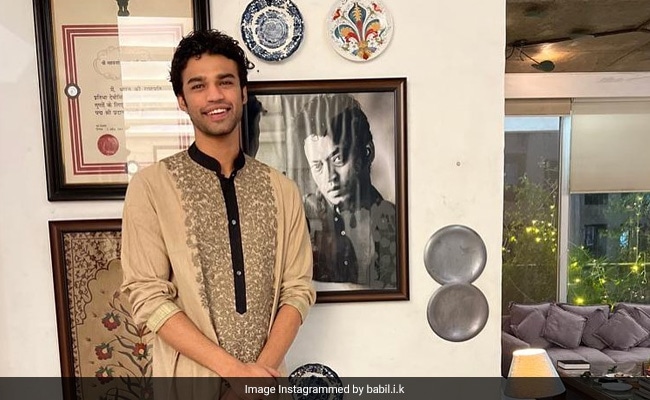 Irrfan Khan's son Bail Khan, who will be making his Bollywood debut with Qala, during the trailer launch event, spoke about his father's legacy, the pressure he faced while shooting the film and more. Speaking to reports at the event, Babil was asked what qualities of his father he would like to take forward in his career, to this, he said, "Mere father ki jo khubiya thi woh leke chale gaye. Ab mein apni khubiya explore karunga. (My father took his qualities with him, now I'll explore mine)," as per news agency PTI.

Irrfan Khan died in 2020 after battling a neuroendocrine tumour for two years.

Babil Khan, who began filming two years ago, accepted that while shooting the film, there was pressure, and it used to "affect and scare" him. However, now it motivates him to do better work. At the trailer launch, Babil said, "There is a lot of pressure. Two years ago, when we were shooting, at that time also the pressure was there. It would affect me, it would scare me but now it motivates me to do better work. The definition of pressure has changed now," as per the news agency PTI.