Qala Trailer: Tripti Dimri And Babil Khan In A War Of Melodies

The psychological drama will stream on Netflix 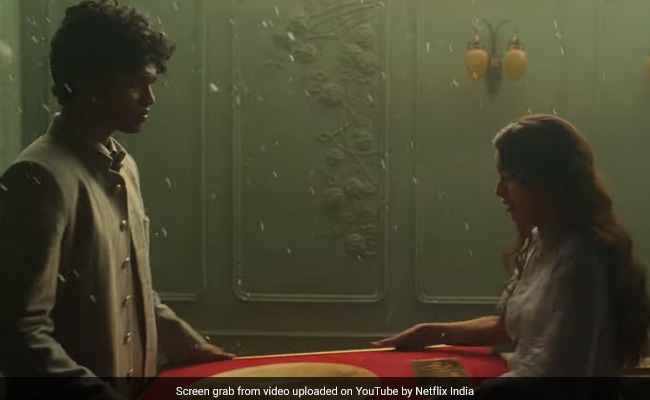 The trailer of the psychological drama Qala released on Tuesday evening and it is super engaging. The video begins with Tripti Dimri standing in front of a mic, with the spotlight on her. A voiceover asks: "Do you like music?" To which she replies, "I hate it." The trailer then traces back her journey as an singer, which is nothing short of a rollercoaster ride. She does make it big for a while as a singer. Featuring in the newspapers - check, winning awards - check. All is smooth until a singer named Jagan (played by Babil Khan) enters her life, shattering her self-confidence. He is described as a "maestro" by his peers. He has quite a bit of a reputation for "replacing people." Things start to fall apart in Tripti's life and how. The thoughts "Something's wrong with me" constantly echo in her mind.

Check out the trailer of Qala here:

Netflix India's official Instagram handle shared the trailer of Qala and the caption on it read: "The innocence in her voice is only matched by the pain in her eyes. We are already preparing ourselves to experience the rollercoaster of emotions that is Qala, come 1st December. Streaming only on Netflix."

Qala marks the acting debut of late actor Irrfan Khan and Sutapa Sikdar's son Babil Khan. The psychological thriller has been directed by Anvita Dutt and it has been produced under Karnesh Sharma's Clean Slate Filmz. Qala will stream on Netflix on December 1.

Guardians Of The Galaxy 3 Trailer: Humour And Heartbreak Seal The Final Chapter