Babil Khan was studying in the University of Westminster 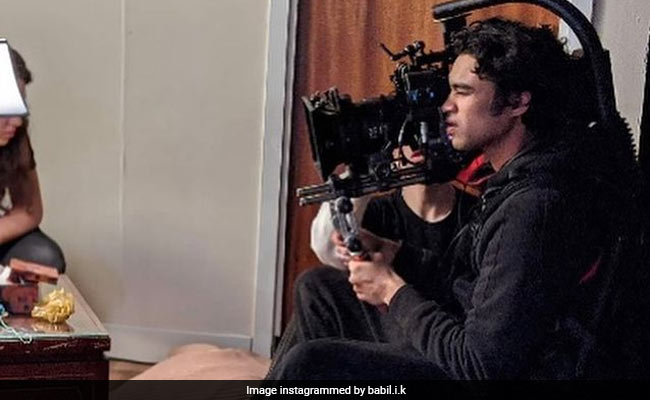 Late actor Irrfan Khan's son Babil Khan, on Monday, announced that he is "dropping out" of college to pursue acting. Babil shared the update through an Instagram post. He was pursuing the course Film BA from the University of Westminster. He shared two pictures of himself that feature him shooting something with a professional camera. Babil complemented the pictures with a long note. Babil began the note by stating that he will miss his "beautiful friends" who gave him "a home in a strange cold place." He wrote: "I will miss you so much. My beautiful friends. I have a very tight circle here in Mumbai, literally 2-3 friends in total. You all gave me a home in a strange cold place and made me feel like I belonged." Babil went on to bid farewell to the University of Westminster in the caption. "Thank you, I love you. Film BA, dropping out today, with over 120 credits cause I'm giving it all to acting as of now. Goodbye University of Westminster. I love you my truest friends," he wrote in the caption of the post.

As per reports, Babil Khan is all set to make his acting debut with Anvitaa Dutt's upcoming film Qala. The Netflix film will be produced by actress-turned-producer Anushka Sharma, under her production company Clean Slate Filmz. Besides Babil, it will also feature Tripti Dimri and Swastika Mukjerjee.

Last week, Babil shared a bunch of old pictures of Irrfan Khan. "I've been working so hard man, wish you were here to witness," he wrote in the caption.

Irrfan Khan died on April 29 last year. He battled cancer for a year and returned to Mumbai in 2019 after being treated in London.