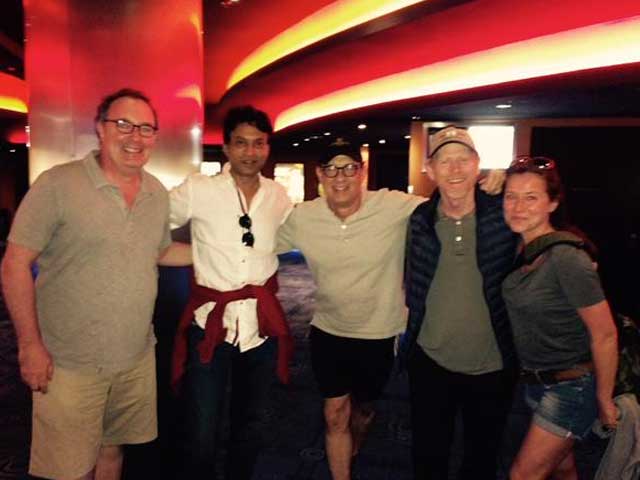 Mumbai: Internationally acclaimed actor Irrfan Khan, who is currently busy shooting for the upcoming Hollywood film Inferno in Budapest, took some time out from his busy schedule to watch his new film Jurassic World along with his co-stars.

The fourth instalment in the popular Jurassic Park franchise, which released in India on June 11, features Irrfan in the role of Simon Masrani. The film has received a positive response from critics.

In the theatre to watch Jurrassic world with inferno team in Budapest. pic.twitter.com/XLLq4f3DNi

Inferno, which will be directed by Ron Howard, will star veteran Hollywood actor Tom Hanks along with Felicity Jones, Omar Sy and Ben Foster.

In this latest instalment of Inferno, Langdon finds himself in a hospital room in Venice as well as the target of a manhunt. With the help of Sienna, a nurse, and his knowledge of symbology, he will try to escape while they have to solve the most intricate riddle Langdon has ever faced.

Irrfan will portray Provost, the head of a shadowy group that becomes involved with Langdon, while Sy will play the leader of a disease prevention team.