Irrfan Khan Wants to do Romantic Films Now. Here's Why 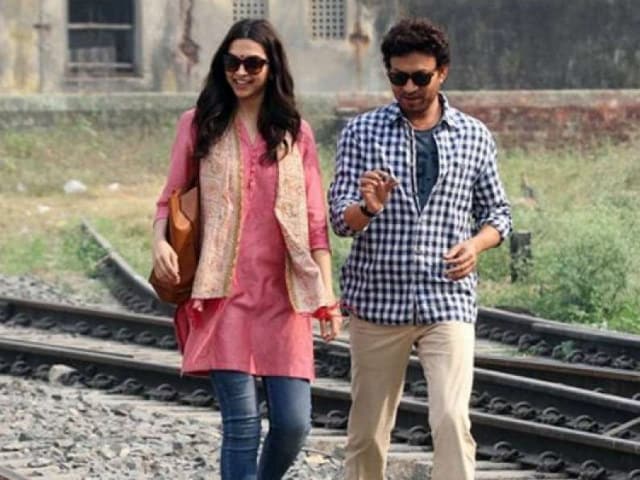 A still from Piku.

New Delhi: Actor Irrfan Khan, who has carved out his own niche in the entertainment industry through hard-hitting, realistic and tough roles in films, said that after the success of National Award-winning film Piku, he wants to explore the romantic genre.

He also wishes to perform roles that are totally opposite to his onscreen image.

"Whatever roles I got, I did. I have played negative roles. I have played positive roles and even humorous ones. Whatever came in my way, I did that. In Piku, I showed my romantic side. Right now I'm trying to explore more of romantic films, which I really didn't get a chance to do earlier. I want to explore this genre," Irrfan told IANS.

When asked about his married life, the National Award-winning actor, who was earlier in the capital for a promotional event of a brand, said: "If you can talk to somebody, if you can share your problems, if you can get frightened about somebody's interaction, that itself is a big help."

"Sutapa and I have been more of friends than anything else from our NSD (National School of Drama) days. For me, it was really important to have a relationship where I could communicate and that's a primary thing for me to be in a relationship. I should be able to interact with that person on all levels. Sometimes you don't have to talk about serious things. You can also share some lighter moments," he said.

Irrfan has been married to screen writer Sutapa Sikdar for over 20 "successful years".

Though he said that the "kind of a person" that his onscreen image has made him, he doesn't consider himself suitable to "give any mantras for a successful married life".

Irrfan said: "What I consider a healthy relationship is where a relationship provides a ground to grow for each other. If I'm in a relationship and I provide a space to other person to grow and evolve, that is very important to me."

But he said that if a relationship becomes a burden "then it starts decaying and stars extracting from you".

Irrfan, who is also famous in Hollywood, said that despite his busy shooting schedules, he often tries to take time out for his personal life and share the house work load with his wife.

"The way society is changing now, we can't really depend on the stereotypes which have been made by people that women have to work in the house and men should go and work outside. Now the roles are changing and it's better for us to understand these roles and adapt accordingly to keep the relationship and life at home exciting," Irrfan said.

"When you are coming from a long schedule, you don't really want to do anything. But once you are at home and you are free, you must be sensitive enough to help each other. There are so many things in a house which one can do and we should not take it for granted that it's a women's job," he added.

Does he also feel that the perception of Bollywood being a male-dominated industry is changing?

"It's changing with time. With films like Piku and Queen, the perception of Bollywood being a male-dominated field is changing. Women today are playing the main lead of the story. So that change is happening for sure".

Irrfan has films like Madaari and Inferno lined up. He will also play a romantic role with Pakistani actress Sabah Qamar in an upcoming untitled film.