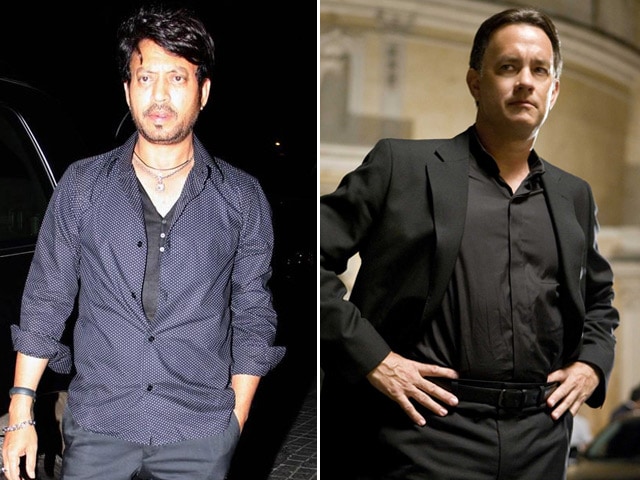 Bollywood actor Irrfan Khan has been roped in for yet another Hollywood project - this time he will share screen space with Tom Hanks and Felicity Jones in the upcoming mystery thriller film Inferno.

Inferno is the third film in the franchise that launched with The Da Vinci Code in 2006 and continued with Angels & Demons in 2009. The film will also star French actor Omar Sy, reports hollywoodreporter.com.

The film, which is an adaptation of Dan Brown's eponymous novel, will witness Ron Howard returning to the director's chair, and Mr Hanks will play the lead character Robert Langdon.

In this latest instalment, Robert finds himself in a hospital room in Venice as well as the target of a manhunt. With the help of Sienna, a nurse, and his knowledge of symbology, he will try to escape while they have to solve the most intricate riddle Robert has ever faced.

Irrfan will portray Provost, the head of a shadowy group that becomes involved with Robert, while Mr Sy will play the leader of a disease prevention team.

Promoted
Listen to the latest songs, only on JioSaavn.com
After starring in Hollywood films like A Mighty Heart, Slumdog Millionaire, The Amazing Spider-Man and Life of Pi, Irrfan has been on a roll in the West. He will also be seen in the Hollywood science fiction adventure film Jurassic World, which will hit theatres June 12.

Meanwhile, Inferno is slated to release on October 14, 2016.