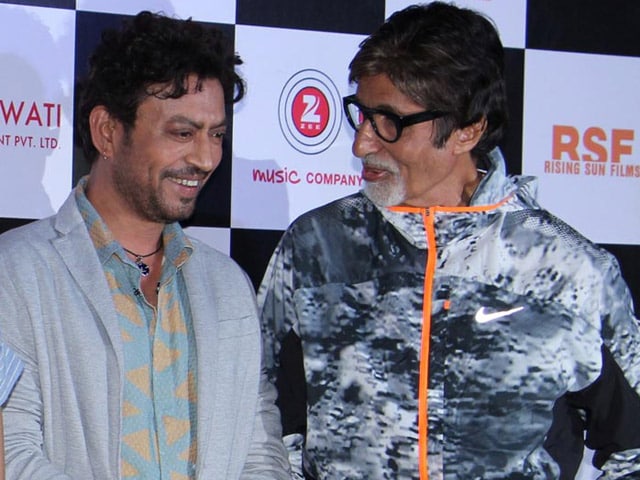 Irrfan Khan and Amitabh Bachchan at an event in Mumbai.

Mumbai: Actor Irrfan Khan is not fretting over the box office clash of his film MadaariAmitabh Bachchan's Te3n. Irrfan said that there is "a large number of audience base" to cater to both the movies.

Irrfan, who has not only made a mark in Bollywood but also internationally, will soon be seen in his own production Madaari, which explores the relationship between a father and son.

On the other hand, Te3n is the emotionally explosive journey of three people, who find their fates intertwined in their quest for justice and redemption. Both the films will release on June 10.

Irrfan said that he has grown up watching Mr Bachchan's work.

"They are very big and senior people. I have grown up watching their films. We have a large number of audience base which should be enough to cater to both the films," Irrfan said in a statement.