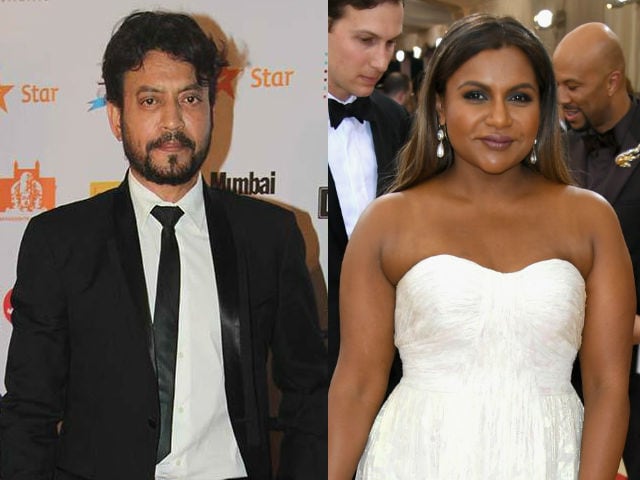 Mumbai: Hollywood offers seem to be incessantly falling into Irrfan's lap, making him the country's biggest acting export. He starred in the 2015 hit Jurassic World and will next be seen in Tom Hanks's upcoming film, Inferno. Now, if sources close to the actor are to be believed, he has agreed "in principle" to be part of American actress-writer Mindy Kaling's comedy-drama.

"Last year, Mindy spoke to Irrfan about this comedy film and he had shown interest in collaborating with her. She is writing the script keeping Irrfan in mind. They are constantly in touch and also follow each other on Twitter," says a source.

Recently, when Mindy was asked to name an actor she cannot wait to work with, pat came the reply: "Irrfan", perhaps hinting at their imminent collaboration. Born to Indian parents, the actress is best known for her TV show, The Mindy Project, and played the character of Kelly Kapoor on US telly series The Office for which she was also one of the writers and executive producers.

We hear Irrfan will be flying to the US next month to meet her and sign on the dotted line. The actor remained unavailable for comment. A source close to him informs, "An official announcement on the film is expected after the meeting takes place. Irrfan has also been approached for a few other Hollywood films and a TV show, but he has turned down the television offer since he would have to invest more time into it. However, he is interested to do this comedy film with Mindy."