"I don't know if it will work every time. It's also a post-attack soothing and not a during attack thing," wrote Ira Khan 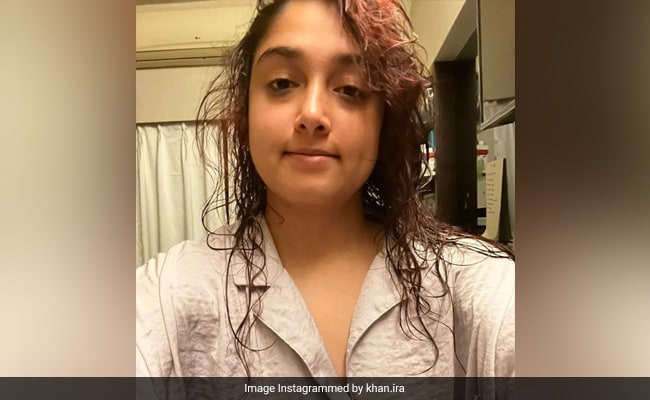 On Monday, Aamir Khan's daughter Ira Khan shared a long note, in which, she talked about the one thing that helped her anxiety. Sharing a photo of herself, Ira wrote, "1 thing that helped my anxiety. I used body scrub for the first time in my life. I only managed to shower after the palpitations had passed but I wasn't feeling settled and I was worried they would be back. It took a while to figure out what I felt like doing and then actually get up to do it. However, eventually - I took a relatively long shower (mine usually last only 3-5 minutes) with a body scrub."

Ira Khan also revealed why body scrub helped her and added, "Why I think the body scrub helped me is because it made for a heightened tactile (sense organs - touch) experience. My mind shifted focus to feeling the coarse scrub on my body. I was told you're supposed to put oil after you use a scrub. So then I did that. Then got into those super soft pajamas from the photo. Then put on a face mask. Result: I managed to fall asleep on Sunday night."

"I don't know if it will work every time. It's also a post attack soothing and not a during attack thing. But I'm also caught up in my own head too much, I think. So, increasing the number of tactile experiences in my daily life may be a good idea. And maybe that'll add to the variables that act as general preventives to unhealthy mental health. If you don't want to spend money on another beauty product.. @sarahjanedias put up a how-to-make-scrub-at-home," concluded Ira Khan.

Ira Khan has always been open about her mental health and is often seen talking about them on social media.