Into The Wild With The "Legendary" Akshay Kumar - Bear Grylls' Word For Him. The Teaser Looks Crazy

"You thinking I'm mad... but mad only going into the wild," Akshay Kumar captioned his post 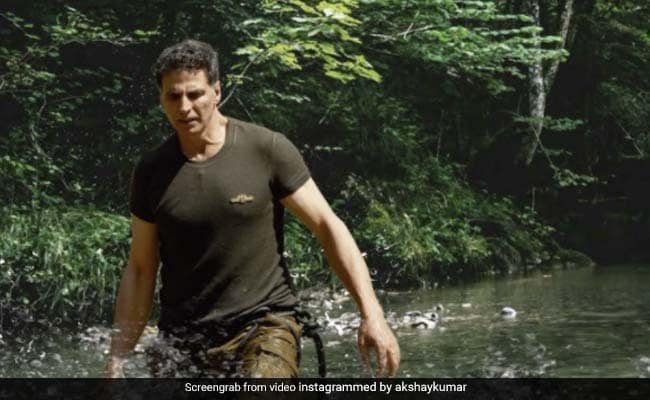 Drop everything and watch the teaser of Akshay Kumar's episode of Into The Wild - it's brief but enough to make you say: "We want more." Earlier this year, it was reported that Akshay Kumar was the next Indian celeb to join Into The Wild host Bear Grylls on the show and the teaser is just the confirmation we needed. "You thinking I'm mad... but mad only going into the wild," Akshay captioned the teaser with a play of words. The teaser features both Akshay and show host Bear Grylls in interesting Into The Wild moments. Bear Grylls described his new "adventure buddy" in these words: "Life is an adventure that is best lived boldly, and there are few better (madder) adventure buddies than the legendary Akshay Kumar."

Akshay Kumar's episode of Into The Wild will premiere for Discovery Plus India members on September 11 at 8 pm while it will air on Discovery channel at 8 pm on September 14.