Tara Sutaria and Aadar Jain are currently holidaying in Paris 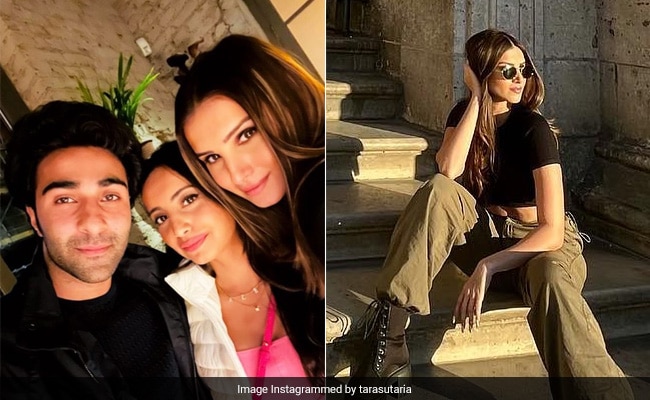 Tara Sutaria, who was spotted with her boyfriend Aadar Jain a few days ago at Mumbai airport, has jetted off to France. On Monday, the actress shared pictures from Paris that show her sitting on the stairs of an ancient building. In the images, she looks pretty in a black crop top paired with cargo pants and boots. In the captions, she has simply dropped several emoticons. The actress also re-shared a selfie in which she is posing with Aadar and her friend Alekha Advani.

Now, look at Tara's picture with her boyfriend Aadar Jain and friend Alekha: 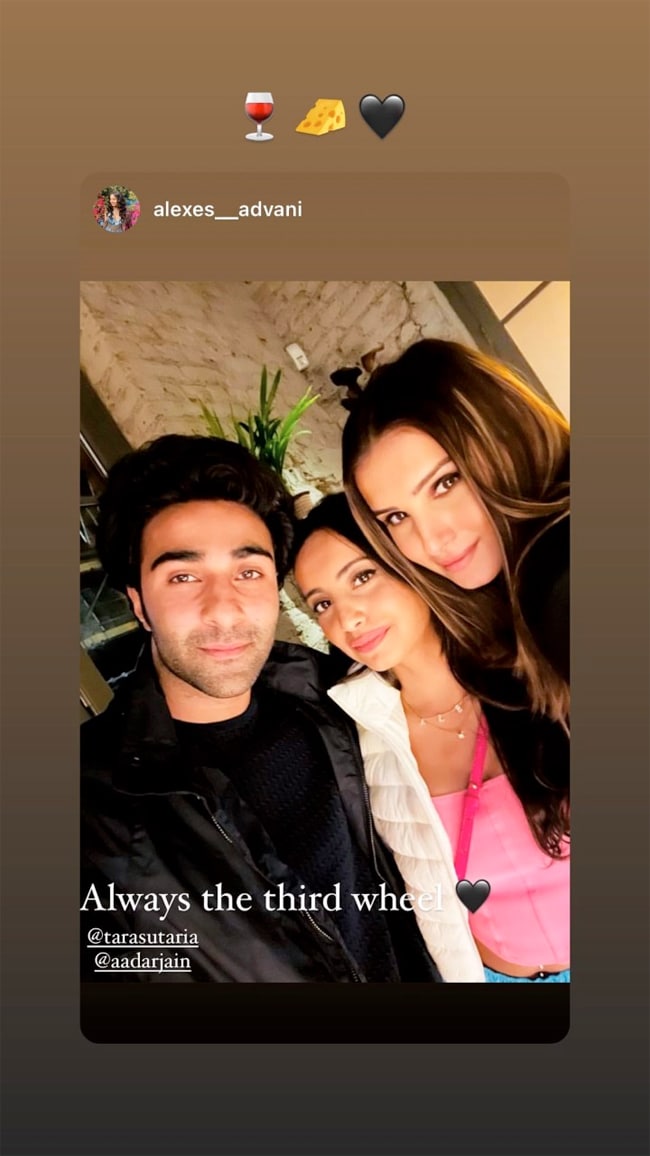 On Tuesday, Aadar Jain shared a uber cool picture in which he can be seen walking on the streets of Paris. In the image, he looks dashing in a white T-shirt paired with black pants and a blue jacket. Check out the post below:

Tara Sutaria and Aadar Jain have been dating each other for a while now but they are yet to officially confirm their relationship. Reports of their relationship started doing rounds after they were spotted together at Malaika Arora's birthday bash and Amitabh Bachchan's Diwali celebrations in 2019. Also, often she is spotted attending the Kapoor festivities.

Meanwhile, on the work front, Tara Sutaria, who made her debut in Bollywood with Student Of The Year 2, was last seen in Mohit Suri's Ek Villain Returns, co-starring Arjun Kapoor, John Abraham and Disha Patani. On the other hand, her boyfriend, Aadar Jain, was seen in Hello Charlie.