Here's how Shahid Kapoor and family are bonding these days 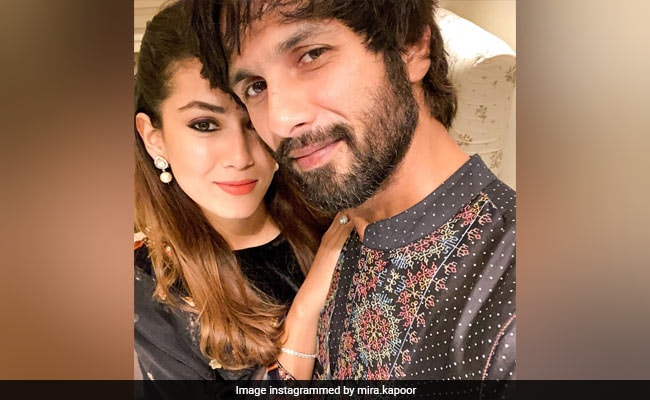 Shahid Kapoor and Mira Rajput are the cutest couple on Instagram. They are often seen engaging in social media PDAs. On Wednesday, the couple bonded over a game of carrom. How we know this? Courtesy, Mira Rajput's latest Instagram post. Mira shared a new video on Instagram giving us a glimpse of her board game session with Shahid Kapoor. They were joined by Shahid's mother, actress Neelima Azeem, and brother, actor Ishaan Khatter, for the game. In the video, we can see Shahid nailing the game as he scores the "queen and cover" quite easily. Sharing the video on Instagram, Mira Rajput termed Shahid as the "pro" and wrote: "Queen and cover with the pro Shahid Kapoor. The Pro-League continues Neelima Azeem, Ishaan Khatter."

Check out the video posted by Mira Rajput here:

Earlier this week, Mira Rajput gave us a glimpse of how Shahid Kapoor recently melted her heart. She shared a picture of fresh flowers that she received from the actor. "That's how you melt my heart. Shahid Kapoor, I love you," Mira wrote in the caption of the post. Shahid responded to the post with a comment that led to a mushy exchange of comments between the couple.

In terms of work, Shahid will next be seen in sports-drama Jersey, which is a remake of the Telugu film of the same name. Shahid will play the role of a cricketer in Jersey. His last film Kabir Singh was a hit. It starred Kiara Advani opposite Shahid Kapoor.