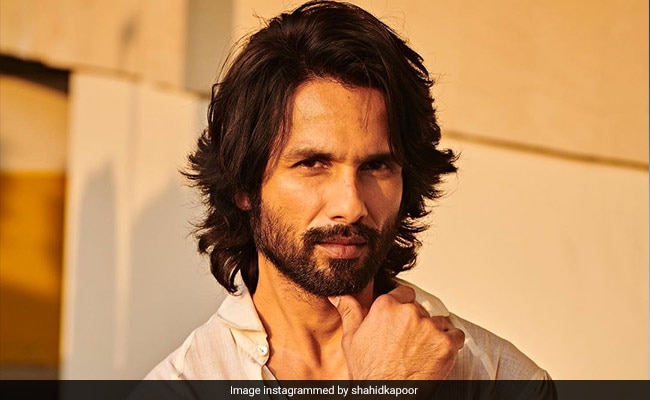 If being the cutest couple on Instagram was a contest, actor Shahid Kapoor and wife Mira would be clear winners. From mushy posts to romantic banter, the duo leaves no stone unturned to make them go "aww". So, we were not at all surprised when their most recent interaction on social media left us with a smile on our faces. It all started with a photo that the 40-year-old actor casually dropped on Instagram on Wednesday. Shahid knew he had all eyes on him and kept the caption simple. "Straight at ya," he wrote as fans went into a tizzy over this effortless style. But it was Mira's comment that clearly stood out. The 26-year-old was clearly impressed with her husband's brawn look as she left the comment, "Can't even," followed by a fire emoji

Shahid Kapoor's colleague Raashii Khanna, too, dropped fire emoticons. Fans also appreciated Shahid's look and left a series of heart-eyed emojis. But again, it was Mira's comment that stole the show. One user commented, "They are OTP (one true pair) goals."

And if you thought Mira was the only expressive one, you could not have been more wrong. In her latest video, Mira was seen paying homage to her favourite character from the Netflix series, Schitt's Creek, Moira. In the clip, Mira is seen sporting a number of outfits inspired by Moira. With it, she wrote, "Television's Moira Rose. Here goes Bébés, my spin on Moira's iconic fashion sense. Black, white and accented. Her maximalism and my minimalism: recipe for enchiladas? And of course, it had to be shot at Ray's studio. Mousepad anyone?"

Reacting to the post, Shahid wrote cheekily, "Mira moira hai." Cute, isn't it? The couple also regularly treat their fans with some photos of each other and their family.

Mira Rajput and Shahid Kapoor have been married since 2015. They have two children, Misha and Zain.