"Happy 40th birthday! So glad we got to celebrate with you!" wrote Karisma Kapoor 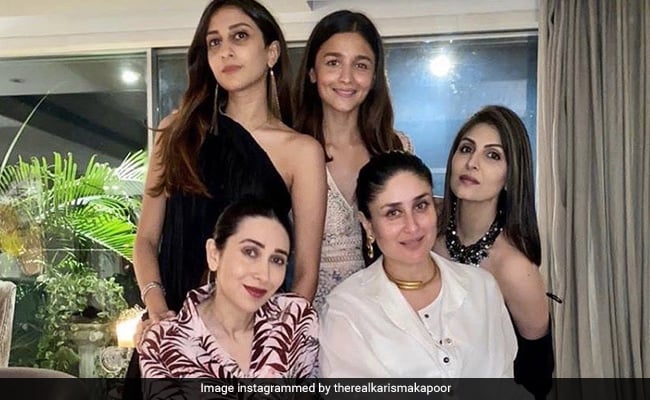 It's Riddhima Kapoor Shani's birthday today and the Kapoors made the day extra special for her by celebrating her birthday in a really special way on Monday night. Riddhima, the daughter of Neetu Kapoor and late actor Rishi Kapoor, turned 40 on Tuesday. Giving a sneak peek into her birthday celebrations, her cousin, actress Karisma Kapoor, shared a photo album on Instagram that also features Kareena Kapoor, Armaan Jain's wife Anissa Malhotra and Alia Bhatt, who is dating Riddhima's brother, actor Ranbir Kapoor. While the birthday girl can be seen wearing a black outfit, Kareena and Karisma picked shirts and trousers for the occasion. Alia Bhatt can be seen sporting an off-white dress in the photos.

Sharing the pictures, Karisma Kapoor wished Riddhima like this: "Happy 40th birthday! So glad we got to celebrate with you!" The actress, as well as, Kareena Kapoor shared a few more pictures from the party on their Instagram stories.

Happy 40th birthday ! so glad we got to celebrate with you ! @riddhimakapoorsahniofficial #birthdaywishes #family #cousins #happybirthday #familytime 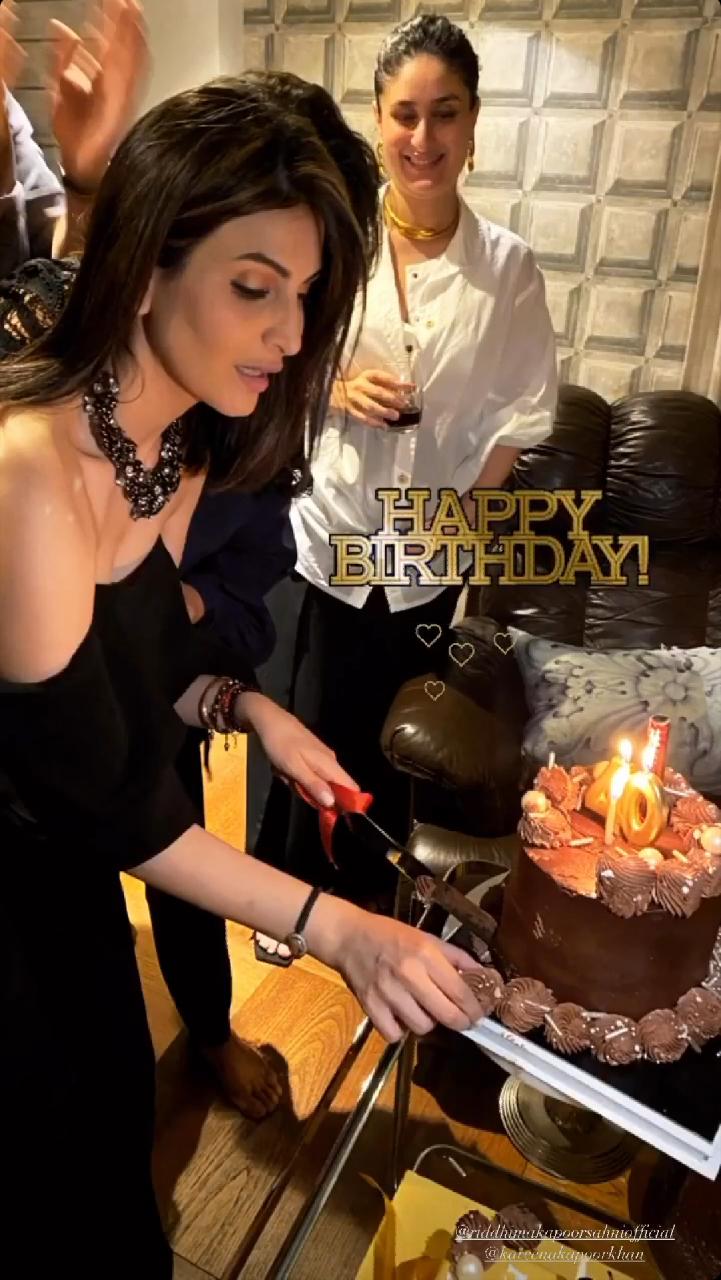 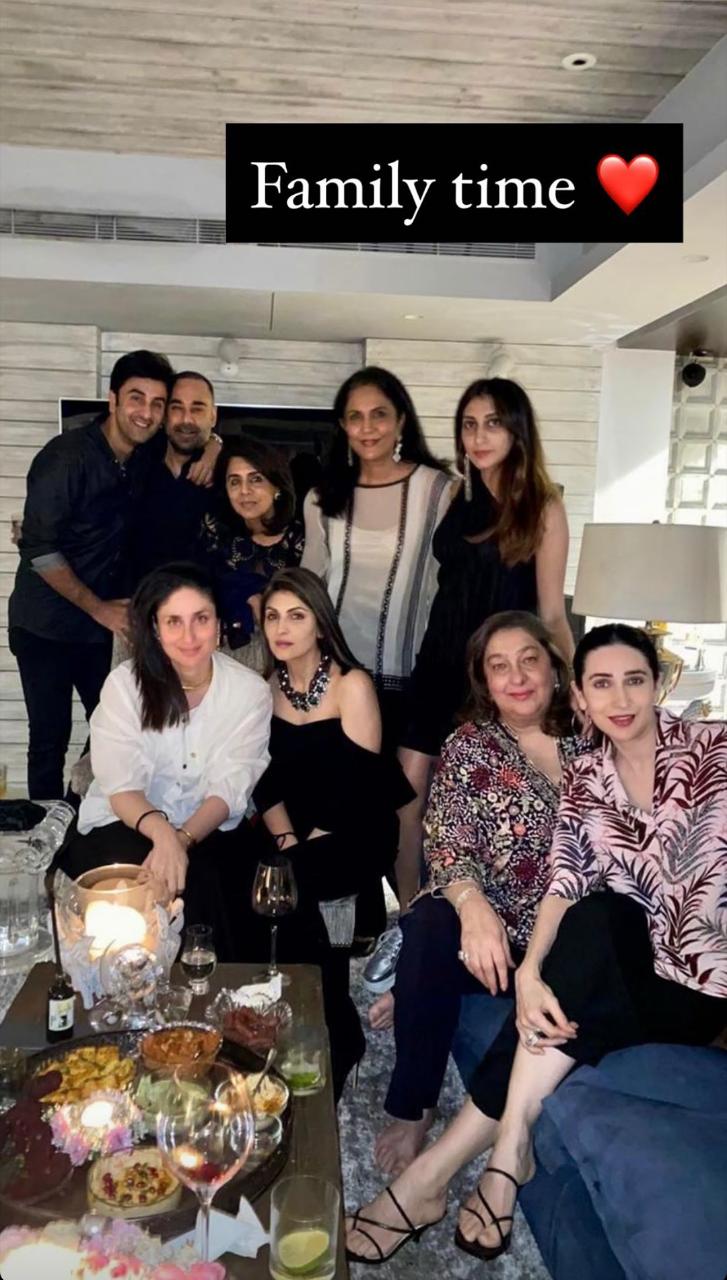 Earlier in the day, Riddhima Kapoor Sahni shared a video, which she later deleted, featuring Neetu Kapoor, Ranbir Kapoor, Alia Bhatt, husband Bharat Sahni, cousins Aadar and Armaan Jain and Anissa Malhotra dancing to the song Aap Jaisa Koi from the film Qurbani. The video, which is a birthday present from the Kapoors to Riddhima, has been shared by several fan clubs. Check out a snippet from the clip here:

Riddhima also gave a glimpse of her birthday party on Tuesday. She posted a picture collage that also features Ranbir Kapoor. Take a look:

Riddhima Kapoor Sahni is a jewellery designer. She is married to businessman Bharat Sahni and the couple are parents to a daughter named Samara.