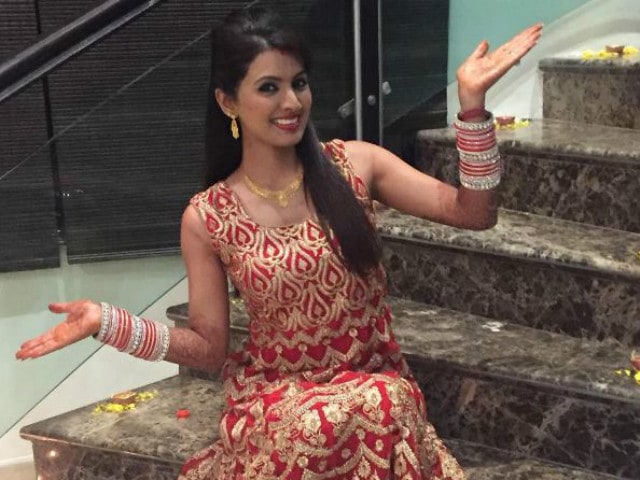 New Delhi: Beautiful pictures from actress Geeta Basra's baby shower hit social media on Thursday. Geeta, who is expecting her first child with her cricketer husband Harbhajan Singh, celebrated with her friends at the do.

Geeta was pretty in an off-white ensemble which showed her baby bump and accessorised with a flower tiara. Geeta, who was colour coordinated with her friends, also enjoyed some cake and candies at the party. She was also roped in for several pictures by her friends.

Geeta Basra, 32, and Harbhajan Singh, 35, married in a lavish ceremony in Jalandhar in October last year. Geeta, who made her Bollywood debut with 2006 movie Dil Diya Hai, also starred in The Train and Second Hand Husband.