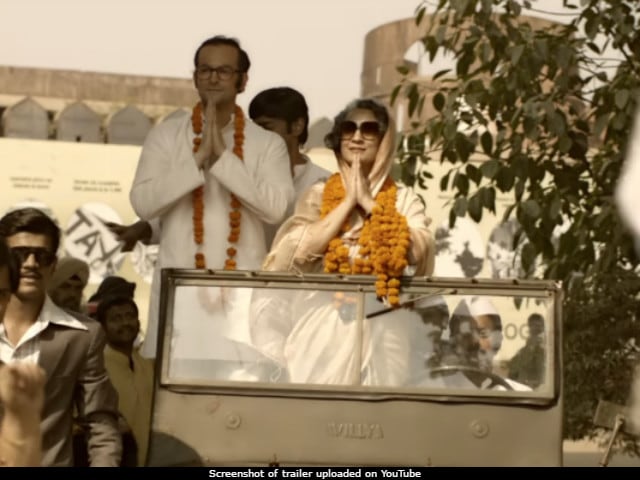 New Delhi: Madhur Bhandarkar battled more than one hurdle to have his Emergency-themed movie Indu Sarkar released in time on July 28. But Indu Sarkar appears to have been received with a cold response at the box office. Indu Sarkar's opening day performance at the ticket counters has been reviewed as "very poor" by Box Office India, which reports that the film has garnered Rs 85 lakhs on its first day at the theatres: "Indu Sarkar is a very poor fare as it collected around the 85 lakhs nett mark." However, Indu Sarkar, just like any other movie, has a two day window to improve its performance over the weekend.

Indu Sarkar's box office figures may have been marred by that of Mubarakan - the two films clashed at the box office on Friday. Directed by Anees Bazmee, Mubarakan stars Anil Kapoor, Arjun Kapoor, Athiya Shetty and Ileana D'Cruz and has made around Rs 5 crores reported Box Office India.

Indu Sarkar is a fictionalised portrayal of the controversial 1975-1977 Emergency from the pages of Indian political history and is narrated by the character played by actress Kirti Kulhari. Neil Nitin Mukesh and actress Supriya Vinod have been cast as Sanjay Gandhi and Indira Gandhi respectively. In his review for NDTV, Raja Sen writes: "Set around the Emergency, Indu Sarkar happens instead to be the story of a woman of that name - as opposed to a woman whose government might as well well have operated under her name - who is a timid, stammering poet who has been through a life of hard knocks."

Promoted
Listen to the latest songs, only on JioSaavn.com
Ahead of the film's release, Indu Sarkar faced resistance from the Central Board of Film Certification, which wanted references to political outfits like the RSS and Akali Dal, and even singer Kishore Kumar deleted. Meanwhile, the film was also in trouble over a petition filed by Priya Singh Paul, who claims to be Sanjay Gandhi's unacknowledged daughter.

Indu Sarkarwas given a green signal by the Supreme Court on Thursday, when the director told NDTV: "It is absolutely a great relief... Welcome that the court held that artistic freedom cannot be curbed."