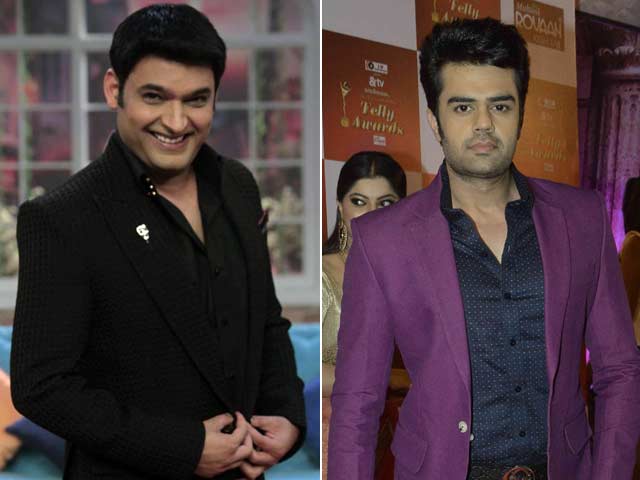 Image on the left was posted on Facebook by Kapil Sharma and Manish Paul photographed at the Indian Telly Awards 2015.

Mumbai: Bollywood actors Raj Babbar, Poonam Dhillon and Kapil Sharma, along with television actors Karan Patel, Devoleena Bhattacharjee and Sriti Jha, won awards for their performances in television shows at the 14th edition of the Indian Telly Awards 2015 in Mumbai.

Kapil, who made his debut in Bollywood with Kis Kisko Pyaar Karoon, won the award under the category of Talk Show Host while his show Comedy Nights with Kapil won the Best Comedy Show award.

The BestJodi award was won by lead onscreen couples Raman and Ishita (played by Karan and Divyanka Tripathi) from Yeh Hai Mohabbatein, and Abhi and Pragya (played by Shabbir Ahluwalia and Sriti) from Kumkum Bhagya.

Ms Dhillon and Mr Babbar shared the award in the Supporting Role (Drama) category for their shows Ekk Nayi Pehchan and Pukaar, respectively.

ACP Pradyuman and his team have kept a firm grip on the small screen, as their show CID won the award for the Best Weekender Show.