In Which David Blaine's Magic Makes Will Smith, Kanye Lose Their Minds 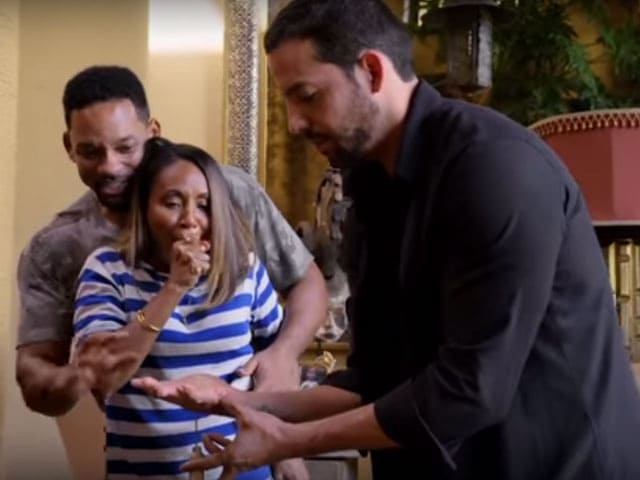 A still from the video posted by David Blaine

On 'Throwback Thursday,' the illusionist posted his 2013 documentary David Blaine: Real or Magic on Facebook. In the video, he invites his celebrity audience to participate in a couple of tricks involving an ice pick and, of course, parts of his own body.

The clip features a horrified Will and Jada Smith staring in disbelief at David as he thrusts a sharp object into his hand, shedding not even a single drop of blood. The ice pick trick was '100 percent science' for which the magician apparently spent 13 years piercing his skin and building up tissue.

The 2013 documentary chronicled his tricks with other A-listers as well. Harrison Ford was also recruited to watch David Blaine's illusions.

They didn't need to act. They seemed genuinely spooked out.

Watch. But be forewarned - this trick is not for the faint-hearted.