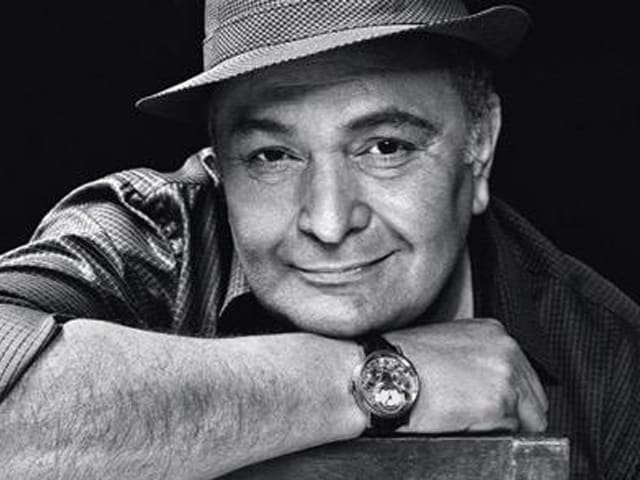 New Delhi: In a series of tweets late Tuesday, actor Rishi Kapoor suggested that roads and buildings named by the Congress after members of the Gandhi family be retitled.

"If roads in Delhi can be changed, why not Congress assets/property?," tweeted Mr Kapoor. He was referring to Minister of State for External Affairs Gen (retd) VK Singh's proposal that Akbar Road in the capital be renamed after Maharana Pratap. Aurangzeb Road has already been rechristened Dr APJ Abdul Kalam Road.

He suggested that roads in Mumbai be similarly renamed after Lata Mangeshkar and JRD Tata and offered several alternatives from the film industry, among them Amitabh Bachchan, Mohd Rafi and his father Raj Kapoor.

In typically outspoken fashion, Mr Kapoor questioned why so many buildings are named after Indira Gandhi or her son Rajiv. 'Baap ka maal samajh rakha tha?,' tweeted the 63-year-old actor, who has established himself as an agent provocateur of sorts on Twitter.

If roads in Delhi can be changed why not Congress assets/property ke naam? Was in Chandigarh wahan bhi Rajeev Gandhi assets? Socho? Why?

We must name important assets of the country who have contributed to society. Har cheez Gandhi ke naam? I don't agree. Sochna log!

Imagine Mohamad Rafi Mukesh Manna Dey Kishore Kumar venues on their name like in our country. Just a suggestion

Why Indira G airport International ? Why not Mahatma Gandhi or Bhagat Singh Ambedkar or on my name Rishi Kapoor. As superficial! What say?

Raj Kapoor has made India proud over the years all over even after his death. Certainly more than What has been perceived by politics.

Mr Kapoor's tweets instantly prompted responses on Twitter. Several agreed with him, others didn't. Some of those disagreeing reminded the actor that he himself belongs to a dynasty, like the Gandhis.

@chintskap Gandhi's to congress is what kapoors to Bollywood.

@glimmer318@chintskap RISHI KAPOOR INTERNATIONAL AIRPORT. And why the Bollywood industry has so many KAPOORS.

Rishi Kapoor was last seen in Kapoor And Sons.