In Soha Ali Khan's Home, An Adorable "Party For One." See Inside

The actress shared a video of her daughter, Inaaya Naumi Kemmu playing by herself at home. 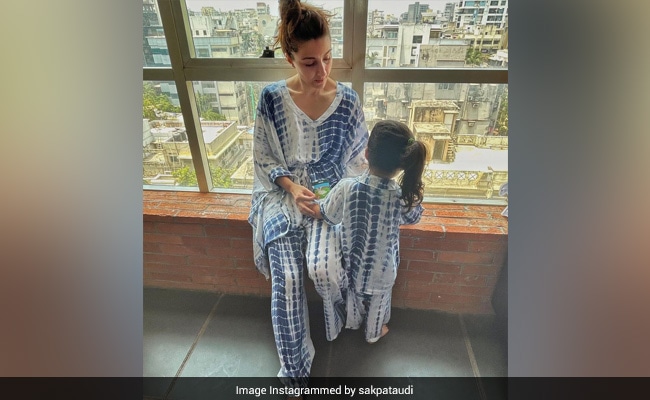 Soha has shared a video on Instagram, where Inaaya is playing by herself (Image courtesy: @sakpataudi)

The pandemic and the subsequent lockdown has been extremely difficult for people across the country. Being cooped up at home for weeks at a stretch has had an overwhelming impact on the mental health of people. One can then imagine the kind of strain it may have placed on children, who have been asked to stay at home and abstain from meeting their friends with no real understanding of the gravitas of the situation. While several parents have struggled to keep their children engaged and occupied in these tough times, it appears that actress Soha Ali Khan and actor Kunal Kemmu have hit the jackpot with their daughter Inaaya Naumi Kemmu.

In a recent video that Soha shared on Instagram, we can see little Inaaya playing by herself and dancing to a rhyme with a wand in her hand. In two pigtails and a cute dress, Inaaya seems extremely happy to be on a playdate with herself. Sharing the video, Soha wrote, "Keeping spirits high with our party for 1! #lockdown #stayhomestaysafe."

This was not the only image that Soha shared from the "party". On Instagram Stories, Inaaya can be seen standing on her toes to look outside a window, with her wand firmly in hand. Along with the picture, Soha attached a note that read, "Could really use a magic wand right about now." 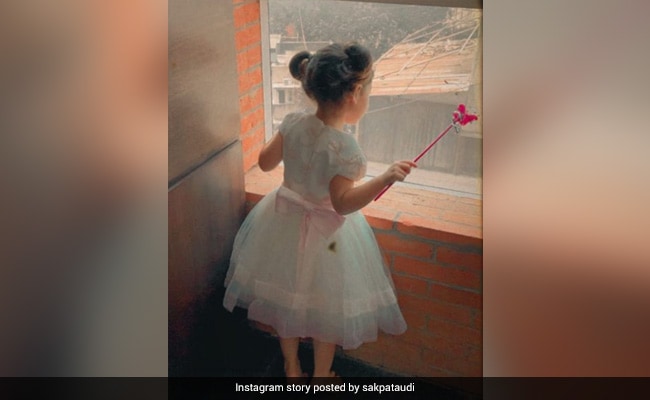 Hinting that Soha may have joined the party too, she shared another photo of Inaaya playing with a toy high-tea set. She wrote, "Lockdown party for 2." 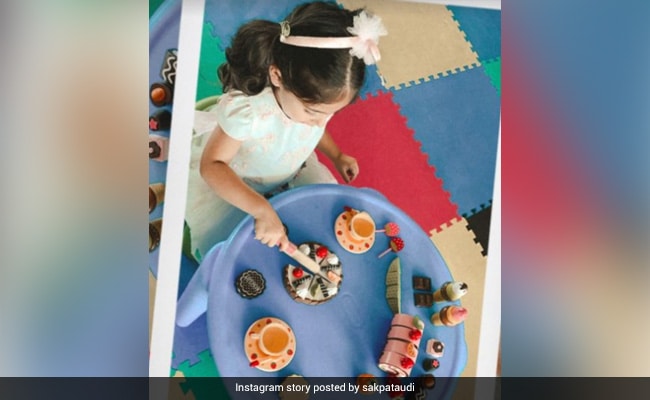 Soha had also recently shared a photo of the mother-daughter duo twinning in blue and white pyjamas. Take a look.

When she is not occupied with her playdates, Inaaya also likes to spend time painting with her father, Kunal, another recent video revealed.

Soha is known for her work in movies such as 'Rang De Basanti' and 'Tum Mile.' She married actor Kunal Kemmu in 2015 after several years of courtship. They had worked together in films such as '99' and 'Dhoondte Reh Jaoge'. They welcomed Inaaya in 2017.