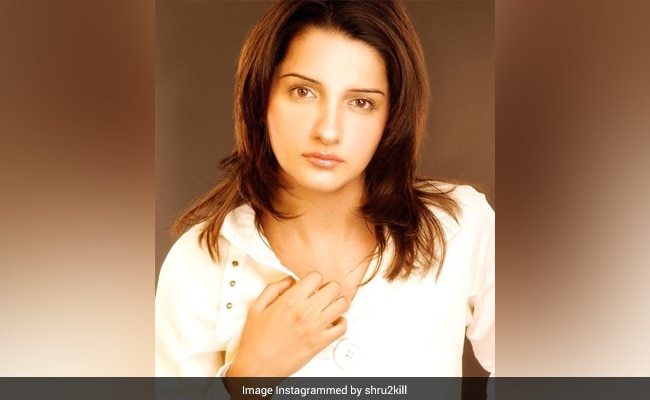 Actress Shruti Seth, who is known for her performance in popular TV show Shararat, shared an epic throwback picture of herself on Thursday and accompanied it with an equally epic caption. The actress picked a photo from one of her photoshoots from the early 2000. A much younger Shruti can be seen sporting a white top and posing for the camera in the picture but it wouldn't be wrong to say that it was her "ultra thin eyebrows" that stole the show. In her caption, the actress wrote: "Epic throwback...Me from early 2000...(with ultra thin eyebrows!)" and added the hashtags like #throwbackthursday #photoshoot #2000 #shruphotodiary.

Shruti Seth's Instagram feed is filled with pictures of her husband, director Danish Aslam, and their daughter Alina.

The actress trended big time on social media last December when she had undergone an "emergency surgery." She posted a picture of herself from a hospital and wrote: "So 2020 managed to give me and my family a last jolt, with me ending up in an emergency surgery. All my Christmas and New Year travel plans have been suspended and here I am just giving thanks for averting a major health crisis. I guess I hadn't really learnt the lessons I was meant to; but now I have been schooled. Sharing my learnings: Do not take your health for granted. Ever!" read an excerpt from her post.

She shared her experience of recovering from the operation in this post:

She has also starred in series like Kyun Hota Hai Pyarrr, The Suite Life Of Karan And Kabir and The Forgotten Army - Azaadi Ke Liye. The actress has also worked in films such as Fanaa, Ta Ra Rum Pum and Rajneeti.