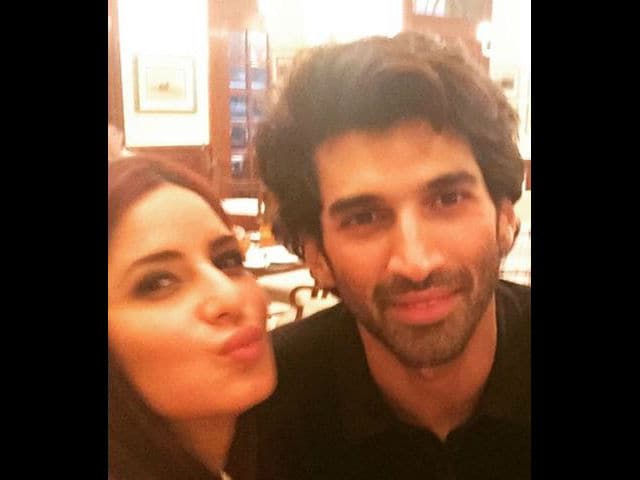 This image was posted on Instagram by Bosco Martis

Thank u for all ur love and patience evey1. Here she is #firdaus#fitoor#guyinthesky#utvpic.twitter.com/kFoQarGaC0

Next up is Aditya Roy Kapur as Noor, who looked determined:

And finally, Tabu as Begum Hazrat, who looked regal just like her name:

Feels like im sharing pieces of my heart #tabu#fitoor#AdityaRoyKapoor#KatrinaKaif@GuyInTheSkyPics@utvfilmspic.twitter.com/mWsYw3G2xv

And finally he shared a poster featuring Aditya and Katrina together, which captures their passion:

Within hours of its release, industry insiders were awestruck by the posters of Fitoor. Celebs like Karan Johar, Hrithik Roshan and Arjun Kapoor tweeted:

Fitoor which is based on Charles Dickens' Great Expectations has largely been shot in Kashmir. After much delay, the film is slated to release on February 12.

Fitoor's trailer will release on January 4.

"Feeling Better About Myself": Mandira Bedi "Restarts" Her Fitness Journey