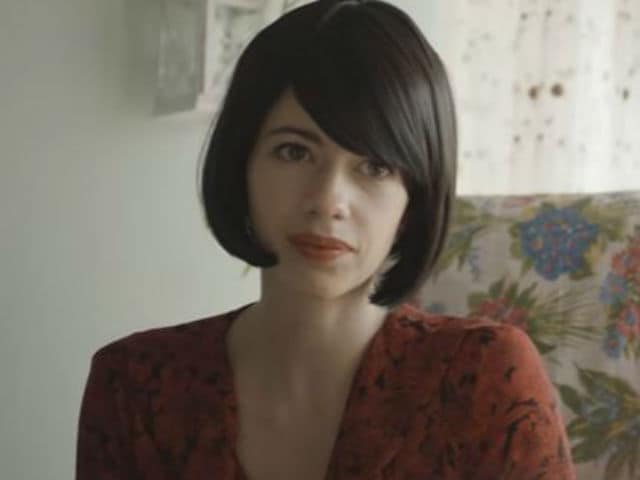 Kalki Koechlin in a still from Naked

New Delhi: In her new short film Naked, Kalki Koechlin stars as a 'fun fearless' actress named Sandy who wakes up one morning to a modern nightmare - a sex scene from her new movie has been 'leaked' and gone viral. Sandy is being interviewed by rookie reporter Ria, whose questionnaire is junked by her boss in favour of one that focuses on the 'leaked' scene. Ria is told to ask questions like 'men have seen you naked, do you think they will respect you now?' Sandy, answering in monosyllables, asks, "Do you?" Naked, timed to release on International Women's Day, deals with cyber crime and invasion of privacy online. It urges women, and men, to report those "hiding behind their computers and insulting you" - trolls who perhaps wouldn't have the courage to do the same in person and who would certainly be reported if they did. "We are all naked on the bare stage of social media," the film is taglined.

Naked also raises several pertinent themes of how the world views invasion of privacy; how journalists and the media report on such situations, sometimes sacrificing personal compunctions with an eye on the headline - to 'encash on the controversy,' as Naked puts it. Kalki Koechlin stars alongside Ritabhari Chakraborty, who is also credited for the concept. Rakesh Kumar directs Naked, which is produced by the NGO Scud, headed by Ritabhari's mother Satarupa Sanyal, which focuses on women's development in rural Bengal. Ritabhari Chakraborty was quoted by IANS as saying: "On the day of the interview, my character's boss calls up to say that a certain clip (with sexual content) from the actress' film has gone viral and the interview questions are modified in accordance with the development. So, the film narrates what happens after that." Kalki Koechlin earlier tweeted: "We girls are up to no good again. This short is releasing on Women's Day."

Promoted
Listen to the latest songs, only on JioSaavn.com
The 'leak' of Sandy's film scene reflects real life. A scene from actress Swara Bhaskar's upcoming film Anaarkali Of Aarah emerged online some days ago. Last year, explicit footage from the Radhika Apte film Parched popped up on social media. Before that, a scene from an Anurag Kashyap-made short starring Ms Apte was circulated on WhatsApp.

Kalki Koechlin, star of acclaimed films like Margarita, With A Straw and Waiting, is known for making films with a message of empowerment. Her next movie is Jiah Aur Jiah, co-starring Richa Chadha.