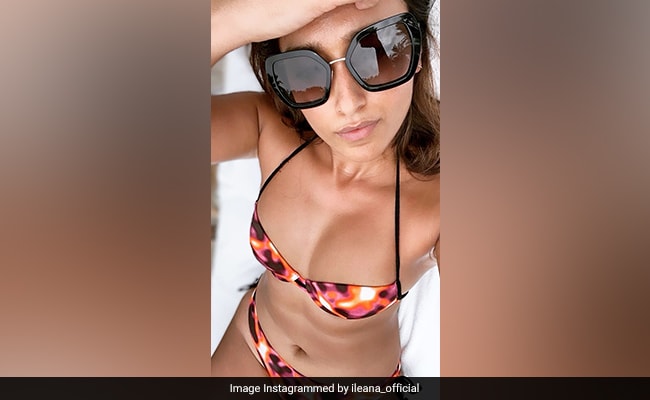 Ileana D'Cruz is holidaying in Maldives and she is not alone. The actress is there for Katrina Kaif's birthday festivities which extended into a vacation. The actress, who is reportedly dating Katrina Kaif's brother Sebastian, managed to take a perfect sun-kissed picture. For her day out at the beach, Ileana picked dual-toned swimwear. She accessorized her look with a pair of sunglasses to accentuate her look. In a word - stunning. Ileana D'Cruz, a true blue water baby, captioned her post: "Did you even go on a beach holiday if you didn't take a selfie in a bikini?"

This is what Ileana D'Cruz posted:

Ileana also featured in Katrina Kaif's post from Maldives. Check it out:

The actress' upcoming projects include Unfair And Lovely with Randeep Hooda and another project with Vidya Balan, Pratik Gandhi and Sendhil Ramamurthy. She was last seen in The Big Bull, co-starring Abhishek Bachchan. The film was directed by filmmaker Kookie Gulati and it was produced by Ajay Devgn

Gauri Khan To NDTV On What Diwali At Mannat Looks Like