Ileana D'Cruz On Battling Body Dymorphia: 'Even Had Suicidal Thoughts'

In 2017, Ileana D'Cruz also revealed that she battled Body Dysmorphic Disorder for a long time. 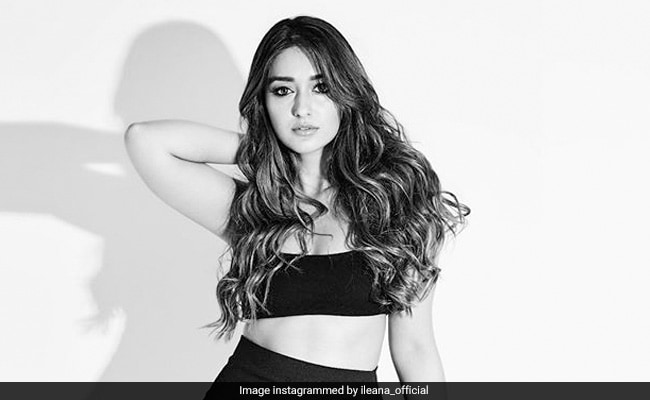 Ileana D'Cruz, whose latest film Pagalpanti is running in the theatres, told news agency IANS that she 'always had issues accepting her body the way it is.' In 2017, Ileana revealed that she battled Body Dysmorphic Disorder for a long time before she got help. Now, speaking to IANS, Ileana said, "I have always had issues accepting my body the way it is. I have finally come to a place maybe where I am learning to like it how it is. I am respecting it a lot more and taking care of it a lot more. And I think it is showing. So, I am happier right now." In 2017, at an event to create awareness about mental health, Ileana had said, "I didn't know I was suffering from depression and Body Dysmorphic Disorder till I got help. At one point, I even had suicidal thoughts and wanted to end things," reported IANS.

Speaking to IANS, Ileana D'Cruz, who has featured in films such as Raid and Baadshaho, said that now she maintains a healthy lifestyle by balancing her diet and exercise routine. "There are times when I work-out like crazy, for months. I lose weight and look great. Then, I give it up for a while. I have realised that if you change your lifestyle completely, it makes a difference. Earlier, I used to spend so much time in the gym and did not focus as much on what I was eating. I have realised that 90 per cent of what you look like is your diet. So, you need to eat well. Invest in a good nutritionist if possible... I am very careful about what I am eating. Keep a check on how much sugar you consume daily," Ileana added.

Ileana D'Cruz also told IANS that not looking perfect all the time is fine. She explained, "People have a certain perception of how you are supposed to look. When you are portrayed on screen, you are portrayed in a glamorous way. Women are meant to look pretty and perfect. Now, there is the paparazzi phase. When you get papped outside the gym or airport, you often look just normal. I try to put in a sense of reality on Instagram more than anything... I am a normal person and there are days when I don't look perfect and it's fine."