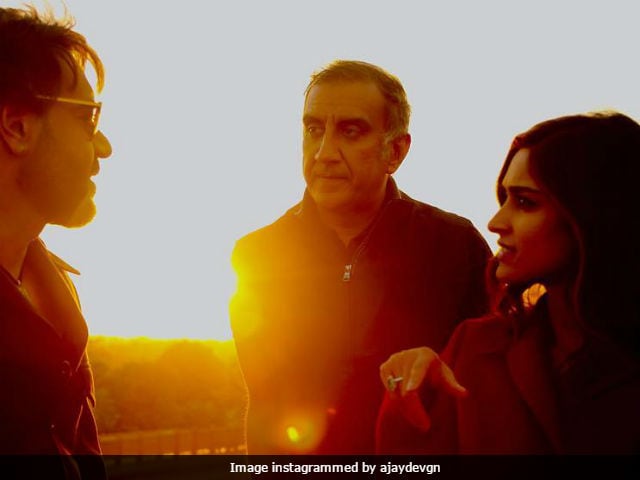 New Delhi: Ileana D'Cruz, who will be soon be seen opposite Ajay Devgn in Milan Luthria's Baadshaho , has wrapped up shoot for the film. The 30-year-old actress shared an adorable picture with the Drishyam actor and the crew on Instagram, captioned: "#Baadshaho was incredibly special. can't believe I've finished filming for it already...the people on it were beautiful though & u will all hold a very special place in my heart (sic)." The film also features Emraan Hashmi, Esha Gupta and Vidyut Jammwal in lead roles. Baadshaho is a thriller set in the emergency era of the 70s and is scheduled for a worldwide release on September 1.

Check out Ileana D'Cruz's photographs with the Baadshaho team here:

#Baadshaho was incredibly special can't believe I've finished filming for it already...the people on it were beautiful though & u will all hold a very special place in my heart

Promoted
Listen to the latest songs, only on JioSaavn.com
Baadshaho is Ajay Devgn's fourth collaboration with filmmaker Milan Lutharia. The Singham actor has previously worked with him in movies such as - Kachche Dhaage (1999), Chori Chori (2003) and Once Upon A Time In Mumbai (2010). The 47-year-old actor was last seen in Shivaay. The film, which was produced under his banner Ajay Devgn FFilms, also starred Sayyeshaa Saigal, and Erika Kaar in lead roles. After Baadshaho, Ajay Devgn will be seen in Rohit Shetty's Golmaal 4. The movie is the fourth installment of Golmaal series.