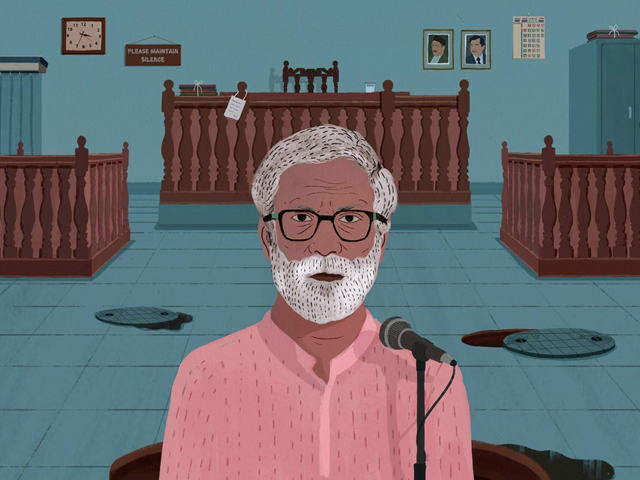 A poster of Court.

Panaji: The International Film Festival of India 2015 (IFFI), which will be held in Panaji, will commence from November 20. It will screen a stellar line-up of official Academy Award entries from 26 countries.

The festival will also premiere 120 films under different sections including International Competition, Cinema of the world, Masterstrokes and Retrospective.

Argentina's Oscar entry and this year's biggest Argentinian box office hit, The Clan (El Clan), will be the closing film of the prestigious event. The movie recently won a Silver Lion Award at the Venice Film festival.

Of the 15 films in the International Competition category, five films are official entries of different countries for the Oscars.

Some of the films that will be premiered exclusively in the festival, includeEl Abrazo de la Serpiente, Amir Hossein Saghafi's The Man Who Became a Horse from Iran, Mai Masri's 3000 Nights from Palestine, Peter Greenaway's Eisenstein In Guanajuato from Mexico and Aleksandr Melnik's Territoriya from Russia.

Organised by the Directorate of Film Festivals and Ministry of Information and Broadcasting in collaboration with the Government of Goa and Entertainment Society of Goa, the 46th edition of the IFFI will be held here from November 20-30.