"It's also immensely gratifying given the amount of hard work and effort that has been put in," said Bhushan Kumar 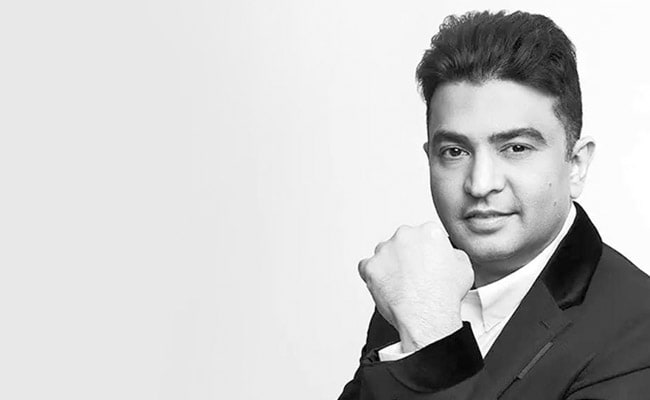 Bhushan Kumar is the Managing Director of T-Series

When it comes to the Indian music scenario, Bhushan Kumar's T-Series has been a complete gamechanger. Especially in the last few years, T-Series has been single-handedly ruling the charts, with blockbuster music. While T-Series got the prestigious global recognition by turning out to be the most followed channel on YouTube in the world, 2020 has added another feather to the cap of achievements. for the music label. In the IFPI Global Music Report - a recently launched list of top 10 music albums and songs from India, T-Series leads the list with 5 out of 10 in each category.

With sheer determination and passion, the T-Series team has managed to build a solid base and following for itself. Today, they not only hold the record for being the most followed channel globally, but also are the frontrunners in creating great content in terms of film albums, music singles and videos. In the list of top 10 songs according to the report released yesterday, T-Series has 5 of them. Dhvani Bhanushali's Vaaste tops the charts followed by O Saki Saki (Batla House), Pachtaoge, Bekhayali (Kabir Singh) and Dheeme Dheeme (Pati Patni Aur Woh). In the top 10 albums list of 2019, Bhushan Kumar's company alone has 5 entries again. Luka Chuppi, Kabir Singh stand at number 1 and 2 respectively, followed by Batla House, Bharat and Pati Patni Aur Who in the top 10.

In this time of need, when the world is going through a major health crisis, with the Covid-19 outbreak disrupting all plans, T-Series has still managed to deliver entertainment and music videos to its loyal audience base. Bhushan Kumar, who's extremely happy and ecstatic about the achievement, shares, "While the world is going through one of its toughest phases, music is what will keep us going. They say music has healing powers, and we are trying to put out as much valued content as we can, till we all return to our normal lives. Movies have hit a temporary pause because of Covid-19, so it's all the more important to launch new music singles and videos to keep our audience base entertained and happy and the team is definitely doing it well."

What makes this achievement more special is that it's come out on music maestro - the legendary Gulshan Kumar's 65th birth anniversary. Gulshan Kumar had founded T-Series because of his passion for music and put Indian music on an international podium ever since. Delivering chartbusters every year, T-Series has turned out to be one of the prime Indian companies, especially the one music label with the maximum global reach. So with this news hitting headlines on this auspicious day has made Bhushan and the entire family extremely overwhelmed.

Talking about the achievement in the recently released global report, the head honcho of T-Series says, "The IFPI Global Music Report left all of us at T-Series happy and thrilled. It's extremely special since it has come out on my dad's birthday and I hope he will be proud of the team and the label he had selflessly created. It's also immensely gratifying given the amount of hard work and effort that has been put in to create such varied music content for the listeners. A Luka Chuppi and a Pati Patni Aur Woh OST is very different from a Kabir Singh and a Bharat OST, and with all of them being acknowledged, it's a win-win situation for us at T-Series."

Dhvani Bhanushali commented, "I'm overwhelmed and can't thank my fans enough for showering Vaaste with so much love. It's an exciting time to be part of the global music landscape and to find myself on a list that highlights the best and biggest names in music is truly unbelievable. A big shout out and thank you to Tanishk Bagchi who composed the music for Vaaste, Radhika Rao who directed the music video and the entire team who made this song such a success."