"Someone that I was in contact with, who is also in the public eye, tested positive," wrote Idris Elba - this person is thought to be Justin Trudeau's wife Sophie. 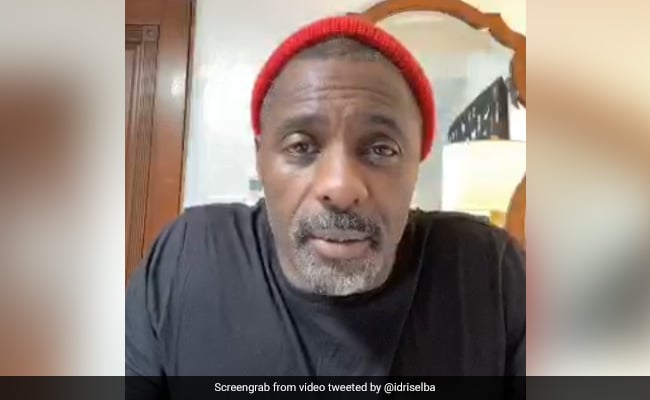 Idris Elba in a still from the video. (Image courtesy: idriselba)

Actor Idris Elba, who recently tested Coronavirus-positive, shared an update on his Twitter profile on Wednesday morning. The 47-year-old actor shared a video on Twitter, in which he said, "It's been a mad 24 hours." The Dark Tower star opened up about his current state and thanked his fans and well-wishers. "Yesterday was good and bad, you know what I mean? It was bad because obviously I tested positive, but also good because I think it opened up a lot of conversation around it. I think it made it a lot more real for some people, it definitely made it more real for me and my family," he said during a live stream on Twitter.

Speaking of his wife Sabrina Dhowre's decision to stay with him, Idris added, "Sabrina wanted to be by my side, as much as we talked about her not coming to where I am, she did, and wanted to. I love her even more for it and I would do the same for her." The actor added that he wanted to keep his wife safe. "So, we calculated that risk and decided to be together... I hope you guys can understand it," he said in the video.

The Molly's Game actor, who has been isolated since finding out that he had been exposed to someone who tested positive, said in the video, "So, I'm here because of my production, and the doctor and medic team for the production were contacted because someone that I was in contact with, who is also in the public eye, tested positive. So, it became an issue. Therefore they got me a test immediately." The person he's talking about is likely Canadian Prime Minister Justin Trudeau's wife Sophie, who tested positive for the virus last week and with whom Idris Elba was photographed a few days before.

On Monday, Idris Elba shared a video, in which he revealed that received his results and they were positive. He wrote: "This morning I tested positive for COVID- 9. I feel OK, I have no symptoms so far but have been isolated since I found out about my possible exposure to the virus. Stay home people and be pragmatic. I will keep you updated on how I'm doing."

This morning I tested positive for Covid 19. I feel ok, I have no symptoms so far but have been isolated since I found out about my possible exposure to the virus. Stay home people and be pragmatic. I will keep you updated on how I'm doing No panic. pic.twitter.com/Lg7HVMZglZ

Idris Elba famously starred in the TV crime series Luther and The Wire. He featured as Nelson Mandela in Mandela: Long Walk To Freedom, and starred in the acclaimed films Beasts Of No Nation and Molly's Game. He is also known for his portrayal of Heimdall in the Thor and Avengers films.