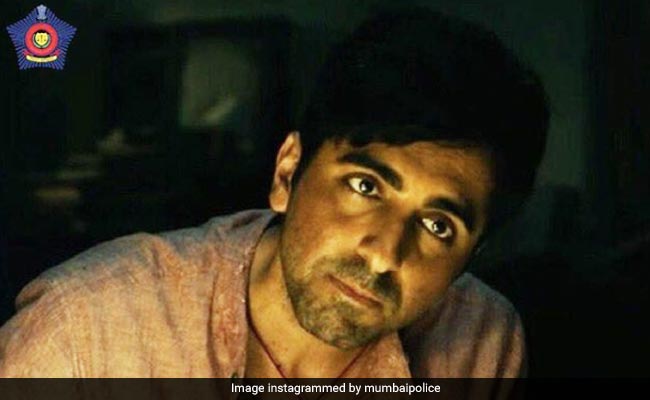 Mumbai Police's official Instagram handle, which regularly shares memes based on Bollywood films in order to spread social messages, did it once again. This time, with a Gulabo Sitabo reference. The aforementioned meme had a still of the film's lead actor Ayushmann Khurrana from the film's trailer. The idea behind the meme was to encourage the citizens of Mumbai to use strong passwords to ensure cyber security. The text on the meme read, "Strong password to Mumbaikars with a weak password: "Humein godh lelo (adopt me)." The post was accompanied by the hashtags  #$tr0ngP@$$w0₹d, #BlockbusterPassword, #cybersafety and #onlinesafety. Gulabo Sitabo showcases the twisted equation of a landlord named Mirza (Big B) and his tenant Baankey (Ayushmann).

This is the first time in Amitabh Bachchan's 51-year-long career that his film will release on an OTT platform. In his post, Big B described the film's digitals release as an "another challenge." Big B wrote: "Joined film industry in 1969. Now in 2020. It's... 51 years! During this formidable period seen many changes and challenges. Now another challenge. Digital release of my film Gulabo Sitabo. June 12, only on Amazon Prime. Worldwide. 200 plus countries. That is amazing. Honoured to be a part of yet another challenge!"

Directed by Shoojit Sircar, Gulabo Sitabo is slated to release on Amazon Prime on June 12. The film marks Big B's second collaboration with the director. Big B's other projects with Shoojit Sircar include Shoebite and Pink. The duo also worked together in the 2015 film Piku, co-starring Deepika Padukone in the titular role and late actor Irrfan Khan. Big B received a National Award the Best Actor for his performance in the film.