"When I was young boy/man and Mandira Bedi had long hair," wrote Samir Soni 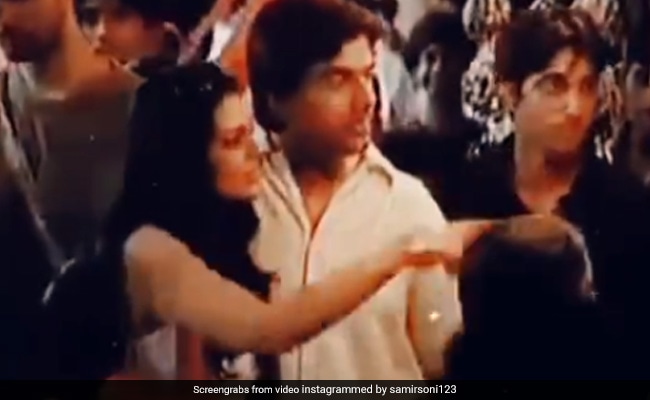 Mandira Bedi and Samir Soni in the video. (courtesy samirsoni123)

Samir Soni chanced upon a throwback video that is pure gold. The clipping from a song was originally shared by a fan club and later, re-posted by Samir Soni on his Instagram account. Sharing the clipping, which also features Mandira Bedi, Samir Soni wrote in his caption: "A beautiful song by Shubha Mudgal. When I was young boy/man and Mandira Bedi had long hair." Reacting to the video, Mandira Bedi wrote in the comments section: "Young boy indeed." Samir Soni's reply to the comment read: "I stand corrected, young man." The video features the actors as a young couple, exploring life together.

Mandira Bedi  got married to Raj Kaushal in February, 1999. They welcomed their son Vir in 2011 and adopted a daughter in July last year. In terms of work, she has featured in popular television shows like CID, 24 and Kyunki Saas Bhi Kabhi Bahu Thi and is best-known for her titular role in Shanti. She was also a part of Shah Rukh Khan and Kajol's Dilwale Dulhania Le Jayenge. Mandira Bedi has also hosted shows such as Fame Gurukul, Indian Idol Junior and India's Deadliest Roads. She was last seen in the multilingual 2019 thriller drama Saaho, which starred Prabhas and Shraddha Kapoor in the lead roles.

Samir Soni is best-known for his roles in China Gate, Baghban, Jassi Jaissi Koi Nahin, Fashion, I Hate Luv Storys, Student Of The Year 2 and Vivah, to name a few. He also had an extended cameo in Netflix's Fabulous Lives of Bollywood Wives, which featured his wife and actress Neelam Kothari.