Additi Gupta got engaged to Kabir Chopra over the weekend. It was an extremely private ceremony 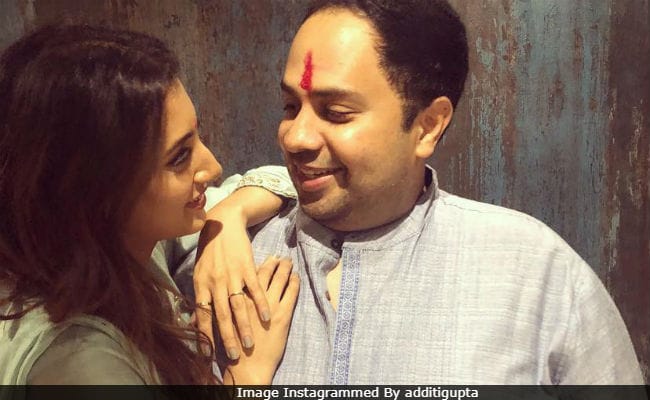 Television actress Additi Gupta, best-known for her roles in shows like Kis Desh Mein Hai Meraa Dil and Ishqbaaz, got engaged to Kabir Chopra over the weekend. Additi announced the engagement, which was an extremely private roka ceremony, by sharing a picture with Kabir from the ceremony and just used a heart emoticon to caption it. Soon, Additi's colleagues like Shweta Tiwari, Anita Hassanandani, Bharti Singh and several others posted congratulatory messages for the newly-engaged couple. Kabir reportedly works in the hospitality industry. "I am glad for the fact that he is not from this industry. I never wanted an industry boy," she told Bombay Times.

Here are some more pictures from the ceremony.

& they get Hitched... @additigupta welcome to the Family..

Of the engagement, Additi, 30, told Bombay Times, "It's too personal and too new to talk about... if you know what I mean. All I can say is that yes, the news is true and I have been ROKA-OED."

The duo haven't announced a wedding date yet. "Nothing is fixed yet. Our respective families are working on the engagement date," Bombay Times quoted a source as saying.