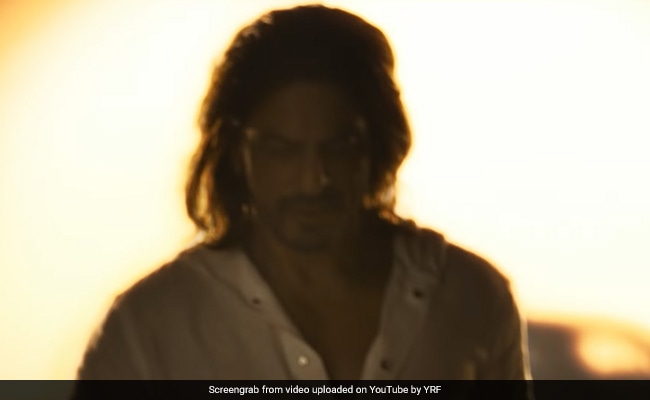 SRK in a still from the video. (courtesy: YouTube)

It's happening!  Shah Rukh Khan announced the release date of his next project Pathaan on Wednesday and we can't keep calm. The actor shared a teaser of sorts to announce the release date. The video features Deepika Padukone and John Abraham but there is only a glimpse of SRK in the video and voiceover. The film will release in Hindi, Tamil and Telugu on January 25, 2023. The video begins with Deepika Padukone and John Abraham introducing SRK's character in the film as a man on a mission. SRK's character in the film says that his country is his religion and the protection of the county is his duty. He adds that the story of how and why he got the name that he did, will take a while to unfold and that a little wait is required.

Sharing the video, SRK tweeted, "I know it's late... But remember the date... Pathaan time starts now...See you in cinemas on 25th January, 2023. Releasing in Hindi, Tamil and Telugu. Celebrate Pathaan with #YRF50 only at a big screen near you."