"I Have To Face The Consequences": Arti Singh On Krushna Abhishek's Tiff With Govinda

Arti Singh opened up about her equation with uncle Govinda 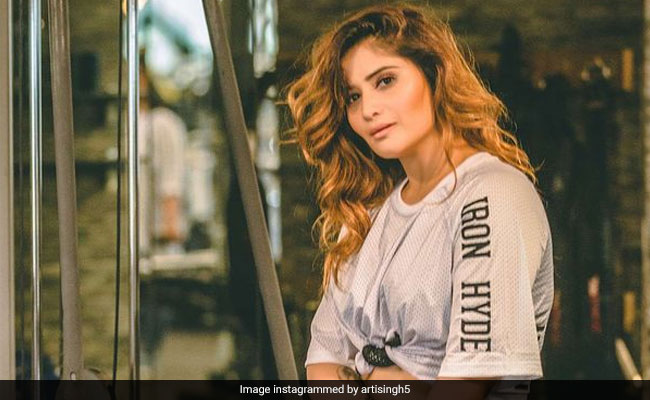 Krushna Abhishek's sister Arti Singh, in a recent interview with Indian Express, revealed that her uncle Govinda has stopped all communication with her, following his tiff with Krushna. Referring to a saying in Hindi, which roughly translates to - "When elephants fight, it is the grass that suffers", Arti Singh said that she has to bear the consequences of Krushna Abhishek and Govinda's differences. "There's a saying that gehun ke sath ghoon bhi pees jata hai (when bulls fight, grass gets trampled). Whatever issue that happened between them, I too have to face the consequence. Chi Chi mama and his family don't speak to me anymore," the publication quoted Arti Singh as saying.

In her interview, Arti Singh added that comments have been made from both ends - Krushna and Govinda. Arti reiterated that Krushna is looking forward to resolving the matter and now the ball is in Govinda's court: "Both parties have said somethings to each other. However, at the end of the day, we are family. I can only hope that the animosity is resolved soon and we can get back to the good times. I did speak to Krushna about it, and now it's on mama to forgive him."

It all started a few years ago when ties were severed after Krushna Abhishek's wife Kashmera Shah allegedly referred to Govinda and his wife Sunita Ahuja as "people who dance for money" in a social media post after they appeared as guests on Krushna's TV show Drama Company. In interviews in 2019, Krushna admitted that they were at fault and would like to reconcile with Govinda whereas Sunita told Times Of India in an interview: "We have broken all ties with Krushna and Kashmera, and I swear I won't initiate a patch-up this time around. I was a fool to do so two years ago. Govinda was right about them. It was my mistake that I thought that we should give them another chance."

Earlier this month, Krushna Abhishek opted out of an episode of The Kapil Sharma Show, which featured Govinda and his wife Sunita, to avoid any sort of unpleasantness. Speaking to Times Of India in an interview, Krushna Abhishek said when he learnt Govinda will be the guest on an episode, he decided to not "adjust" his dates: "Since the past 15 days, I have been shuttling between Raipur and Mumbai to shoot for my film and Kapil's show. I would always go that extra mile to adjust my dates for the show. However, when I learnt that they would be appearing as celebrity guests in the upcoming episode, I didn't want to be a part of it, so I didn't try to adjust my dates."