Amitabh Bachchan watched the film on his drive back from work 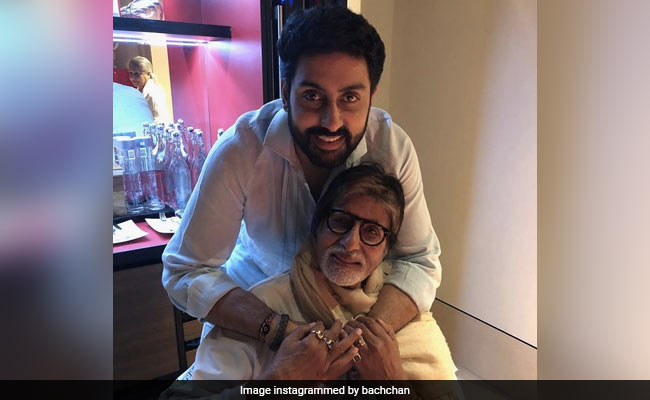 Amitabh Bachchan managed to scoop some time out of his busy life and watched the film The Big Bull, featuring son Abhishek Bachchan in the lead role. In his blog entry, the actor shared his thoughts and revealed that he watched the film on his mobile phone on a "drive back from work." He wrote in his blog, "For a father it is ever a moment of great pride to see their 'progress report' prosper and do well ... I am no different from any other father. The mention of such always brings emotion and tears, particularly when there is an exhibition of immense value."

The actor added that though he had watched the film "within the confines of the home" earlier but nothing matches the excitement of watching it with the world. "So despite the fact that The Big Bull had been seen privately within the confines of the home much earlier, the excitement of watching it when the entire world shall be seeing it at the same time, was different," wrote Big B.

The film released on streaming platform Disney+Hotstar on Friday. The Bollywood veteran added that he munched on some biscuits while watching his on screen and wrote: "The drive back from work was indulgent... Connect mobile to Disney+Hotstar... On with the dongle for internet connectivity. Open the packet of biscuits and the aerated water and... There he is... My son."

Produced by Ajay Devgn and directed by Kookie Gulati, The Big Bull stars Abhishek Bachchan as a fictionalised version of Harshad Mehta who was convicted for his role in stock manipulation. The film co-stars Ileana D'Cruz as a journalist, based on Sucheta Dalal who uncovered the financial scandal in 1992.