Code Name: Tiranga will be out in theatres tomorrow, October 14. 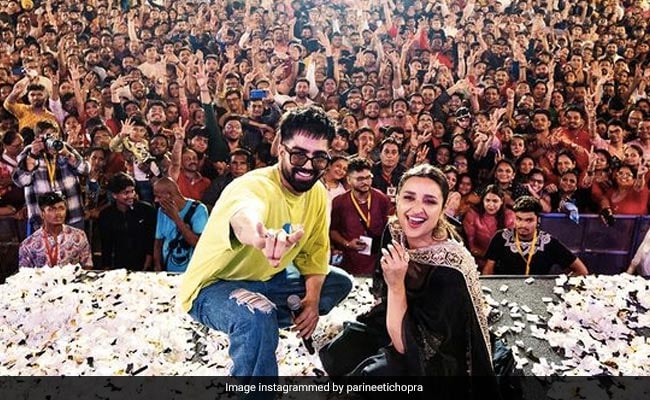 Parineeti Chopra and Harrdy Sandhu have wrapped the pre-release promotions of Code Name: Tiranga in style. The actress, on Thursday, shared three pictures of herself and the singer-actor from their promotional diaries. She also expressed gratitude for receiving much love for her new film. In the caption, Parineeti wrote, “Humbled to receive this love. See you all at the movies from tomorrow,” adding the hashtag “Code Name: Tiranga.” The photos feature Parineeti Chopra and Harrdy Sandhu interacting with crowds at promotional events. Code Name: Tiranga is Parineeti's high-octane action project. The film will be out in theatres this Friday. It is helmed by Ribhu Dasgupta, who previously directed Parineeti Chopra in The Girl On The Train.

Parineeti, who was on a vacation in the Maldives, switched to “action mode” for the promotions of the film last week. About a week ago, she shared this video from the first day of promotions. Going by the caption, the Code Name: Tiranga team “didn't go easy on day 1.” She added: “2 hours. 60K people. Code Name: Tiranga.”

Parineeti Chopra's transformation into Agent Durga for the movie is quite impressive. But the journey wasn't easy. It was filled with “countless bruises and heat massages.” The actress shared an old video from her training session to reveal how she prepped for her role. Have a look:

Code Name: Tiranganarrates the story of a Research and Analysis Wing (RAW) agent (played by Parineeti Chopra). She is on a task to eliminate a terrorist.