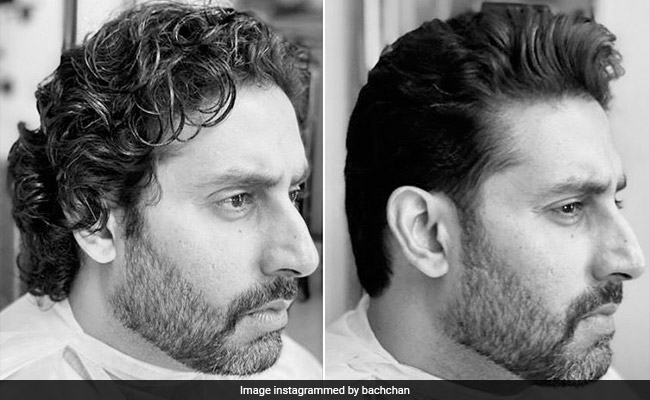 Abhishek Bachchan is all set to get back at work. The actor, on Monday, shared a collage on Instagram, which features pictures of him before and after he got a haircut. Abhishek Bachchan's Dhoom 2 co-star and friend Hrithik Roshan described the actor's new look in 2 words - "Kya baat." Bollywood veteran Anupam Kher, who co-starred with Abhishek in films such as Refugee, Laaga Chunari Mein Daag and Game, left a hilarious comment on the post. He wrote: "I wish I could also post a pic of before and after." Sharing the greyscale collage on his profile, Abhishek Bachchan wrote in his caption: "Before and after. Time to get back to work."

Before and after! Time to get back to work. Thank you @aalimhakim 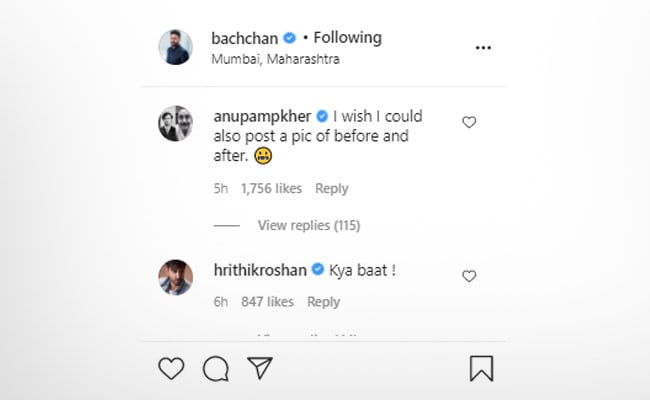 In terms of work, Abhishek Bachchan will next be seen in The Big Bull. His line-up of films also includes Anurag Basu's Ludo, a film based on Bob Biswas, which is being produced by Shah Rukh Khan's Red Chillies Entertainment, and Gulab Jamun, co-starring his wife Aishwarya Rai Bachchan. The actor was last seen in Amazon Prime Video's web-series Breathe: Into The Shadows.