The web-series Abhishek Bachchan is referring to appears to be Breathe: Into The Shadows, which released on Amazon Prime last month. 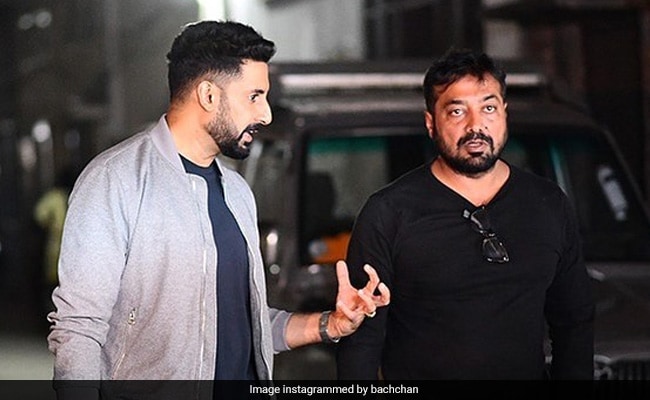 Throwback from the sets of Manmarziyaan (courtesy bachchan)

Bobby Deol's new film Class Of '83 premiered on Netflix last week but filmmaker Anurag Kashyap watched it only recently and loved it every bit. Mr Kashyap, on Thursday evening, tweeted his review of the film, talking about how much he enjoyed watching it along with a shout out to director Atul Sabharwal. However, Mr Kashyap's tweet made way for an interesting conversation with Abhishek Bachchan, who he directed in his 2018 film Manmarziyaan. "Finally saw Atul Sabharwal's Class Of '83... A very atmospheric moody slow burn. I wanted more... got over too soon," tweeted Anurag Kashyap. Abhishek Bachchan replied to the tweet with a polite reminder: "Sir! Humne bhi ek show mein kaam kiya hai. Kripya dekhne ki kasht kare. (Even I have worked in a show. Please make the effort to watch) it's available on Amazon Prime Video." LOL. "Yes, sir," was Mr Kashyap's reply.

The web-series Abhishek Bachchan is referring to appears to be Breathe: Into The Shadows, which released on Amazon Prime last month.

finally saw @sabharwalatul 's "Class of 83".. A very atmospheric moody slow burn. I wanted more .. got over too soon ..

Abhishek Bachchan's Breathe: Into The Shadows, a psychological thriller, has a cast also comprising names such as Nithya Menen, Amit Sadh, Saiyami Kher among others and opened to middling reviews. Meanwhile, Class Of '83 is a cop drama with Bobby Deol playing a dedicated police officer on a mission to cleanse Mumbai of a gangster.