Class Of '83 Movie Review: Bobby Deol Springs A Surprise But Netflix Film Is A Mixed Bag

Class Of '83 Movie Review: Despite Bobby Deol's unfussy impersonation of a stolid, righteous policeman, the film is more tattle than tension, more acrimony than action. 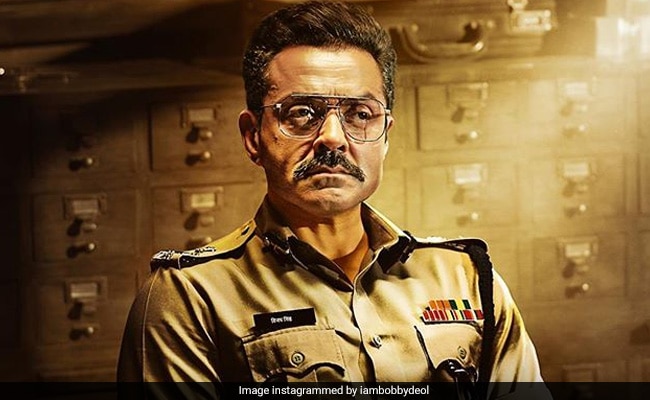 A cops-and-gangsters thriller produced by Red Chillies Entertainment with a brooding Bobby Deol in the lead, Class of '83 is a mixed bag. The film swings between two extremes - the studied cynicism of seasoned men in uniform and the feigned insouciance of cadets trying to fit in. At both ends are sweeping cliches.

The solemnity of the seniors lends some strength to the Netflix film but the inconstancy of the rookies dilutes the drama on the mean streets and off the coast of a mid-1980s Mumbai. It is a veritable crowd out there. Five novices are thrown in at the deep end. Neither the characters nor the fresh-faced actors playing them find a way out. The palpably worn-out devices at the disposal of director Atul Sabharwal (Aurangzeb) are of no help.

Loosely based on S. Hussain Zaidi's book, The Class of '83: The Punishers Of Mumbai Police, the film is about a defanged officer who, on a punishment posting to a police training academy, grooms five laggards in the academy's first batch for an all-out war on the Mumbai underworld.

Like innumerable Bollywood films of the past - from Satya and Vaastav to Once Upon a Time In Mumbaai and Bombay Velvet - Class of '83 is an admixture of a history of the Mumbai underworld, an overview of the criminal-politician-builder nexus, a peep into the collapse and repercussions of the city's cotton mills, and a lowdown on the genesis of fake encounters. 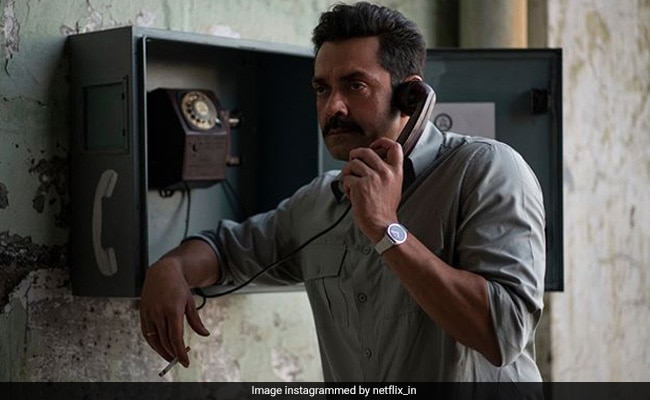 The bookish screenplay by Shootout at Wadala co-writer Abhijeet Deshpande lacks the sinews that could yield the kind of sturdy police drama in which the tough cops are up against bad guys who are worth the hullabaloo. In Class of '83, the gangsters are rolled over rather easily.

The story is inspired by true events. Bombay, a metropolis in flux, sits on "a pile of gunpowder", a matchstick strike away from exploding. But the treatment of the volatile times is strangely bland. The film is more tattle than tension, more acrimony than action.

The set-up is drearily familiar, but Bobby Deol springs a surprise with his unfussy impersonation of a stolid, righteous policeman who runs afoul of his corrupt political boss (Annup Sonii, sure-footed all right but without much to do).

The debutants cast as the Nashik Police Training Centre cadets that Dean Vijay Singh tutors before letting them loose are all promising performers. The script gives them limited elbow room. They are left jostling for space.

The technicians are, however, on top of their game. The tight edit (Nitin Baid and Manas Mittal) makes Class of '83 a compact 98-minute film. Cinematographer Mario Poljac's fluid camerawork and layered lighting serve to create evocative, mood-enhancing atmospherics. And the sophisticated background score by Viju Shah complements is classily subdued and effective. 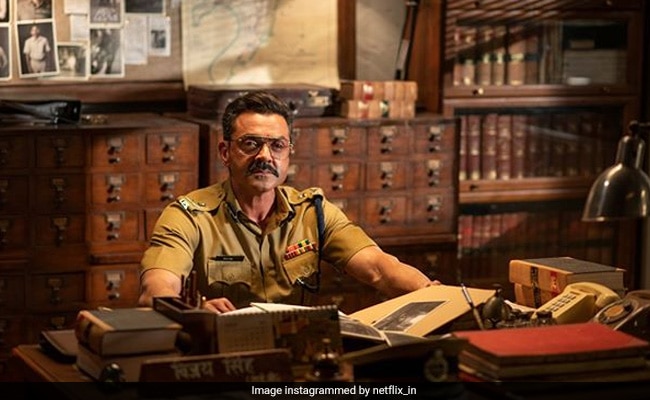 There is much else to commend in Class of '83. The period detailing, complete with posters of Hero, Justice Chaudhury and Nastik (all 1983 films) at a bus stop, Contessa cars (the first lot rolled out of the Hindustan Motors plant in 1982-83), and sepia-tinted establishing shots of Mumbai's skyline and streets are spot on.

The film is done in a bit by the all-knowing, logically inconsistent narration by a key character. An abrupt twist hastens the climax and changes the perspective of the narrator's voice. While this sleight just about passes muster, the raconteur offering the audience insider snatches of a crucial tete-a-tete he wasn't personally involved in does not stand to reason.

The conversation in question takes place between the upright dean and a close friend in the police force, DCP Raghav Desai (Joy Sengupta), who believes in playing strictly by the book. The former broaches the need to catch the gangsters unawares by bending the rules. On the latter's reaction to the dean's suggestion rests the destiny of the five new recruits about to be thrown into the deep end.

The film tries hard to create an aura of mystery and invincibility around Dean Vijay Singh. It succeeds only partially. The brooding officer is hounded by memories of a botched operation against a mafia kingpin and the death of his wife Sudha (Geetika Tyagi). The two incidents occur simultaneously and scar him for life. As he seeks redemption, the five lads he takes under his wing provide a glimmer of hope.

The gangsters are bumped off in shootouts staged to appear both salutary and spontaneous. Problematically, Class of '83 presents the fake encounters without judgment. The extra-judicial killings trigger brawls, altercations and rivalries among the 'punishers' themselves. The amorality of it all is alluded to but barely held up to scrutiny. 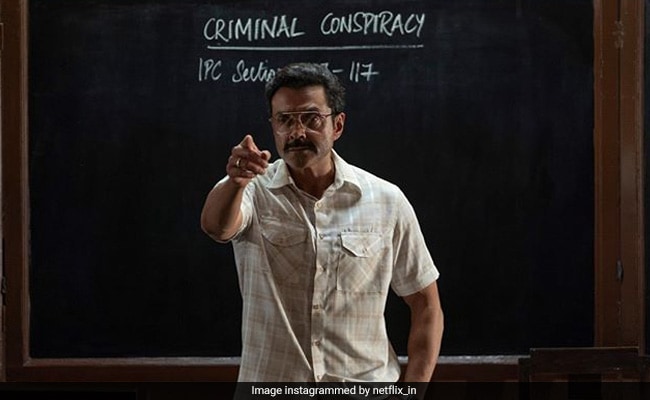 Class of '83 compresses shiploads of info either into verbal exchanges (in one Varde and Jadhav get into an angry argument over stone-pelting by agitated mill workers; in another Shukla and Varde have a slanging match over credit-sharing for successful encounters) or the narrator's voiceover that runs sporadically all through the film as a linking mechanism for a story that spans eight years. The action sequences in the film are disposed of in fits and starts, as a result of which the verbal far outweighs the visceral.

Bobby Deol's presence introduces into the film a prickly element of meta fiction. In one scene, Dean Vijay Singh declares to his proteges that he has suffered because he is too good for the system. He asserts that he chose not to suppress his innate acumen, embrace mediocrity and join "the Rs 50-crore, 100-crore" club. His reference is to Mumbai policemen rumoured to be on the underworld's payrolls. It could also be construed as a tangential dig at the state of the Mumbai movie industry where marketability is the sole measure of talent.

Among the newbies, Jadawat and Bhojraj get the best deal. Paranjape, who doubles up as the narrator, is apportioned a fair share of the pie. Mahajani and Pratap receive short shrift. Yet the duo hits the bull's eye when allowed a clear shot at target - the former in a raging restaurant argument, the latter during the group's first encounter killing.

Bobby Deol and the technicians stays focused on the job but Class of '83 lets its attention wander. It never fully hits its stride as a result.